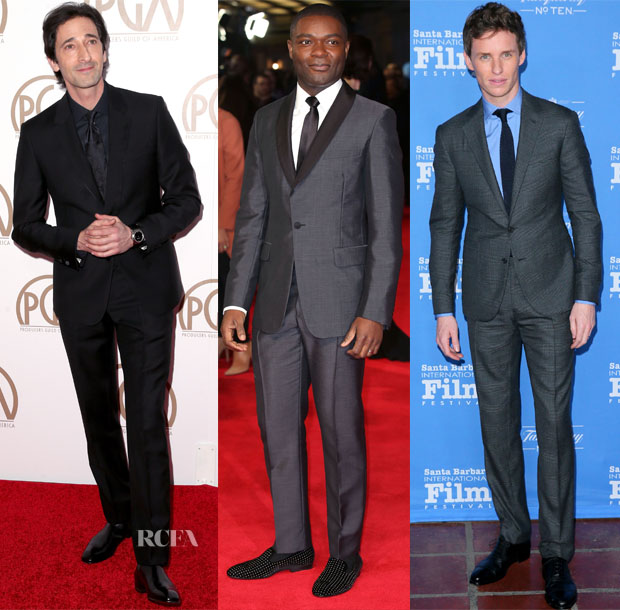 Here is a quick roundup of some of the menswear looks taking to the red carpet this week.

Adrien Brody: The actor opted for a black and black Alexander McQueen open-lapel tuxedo while attending the Producers Guild of America Awards on Sunday. The sharply tailored look, as always, was styled with a Bulgari timepiece.

David Oyelowo: The British actor returned home to London for the premiere of his latest movie, ‘Selma’, on Tuesday (January 27). Often the actor is quite experimental on the red carpet, with looks ranging from metallic gold to green. On this occasion he wore Prada, donning a one-button tuxedo featuring a black shawl collar, which he styled with black studded loafers. While I applaud his out-of-the-box efforts, this is my favourite look from him this year.

Eddie Redmayne: The actor joined his ‘Theory of Everything’ co-star Felicity Jones for the Cinema Vanguard Awards Ceremony held during the 2015 Santa Barbara Film Festival. Oozing plenty of boyish charm, he suited up in a dark blue Prince of Wales Ralph Lauren Purple Label suit. Blue has always been a great colour for Eddie and this offering is no exception.