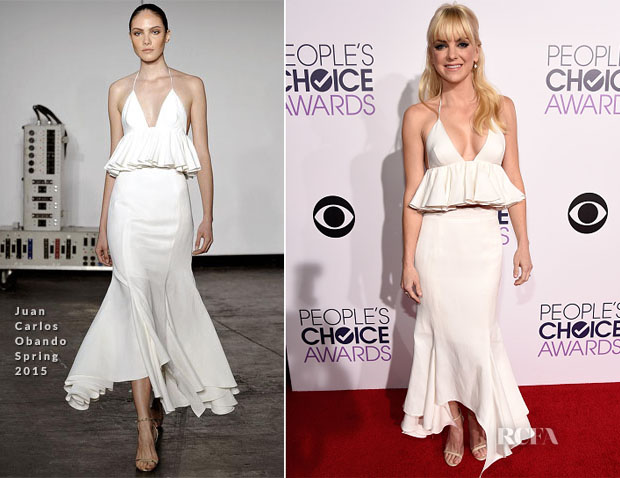 Prior to her presenting duties, Anna Faris took to the red carpet for the 41st Annual People’s Choice Awards at the Nokia Theatre LA Live on Wednesday (January 7) in Los Angeles, California.

The actress wore a Juan Carlos Obando Spring 2015 white top and skirt with plenty of flare.

I just love the ruffled peplum and the edge this look is given by the uneven hemline. It’s quite unlike anything we’ve seen before from Anna, whose red carpet style is usually quite safe.

Styling the look with nude Stuart Weitzman ‘Nudist’ sandals and Irene Neuwirth earrings, she completed her look with a half-up, half-down hairstyle and heavy kohl-rimmed eyes.