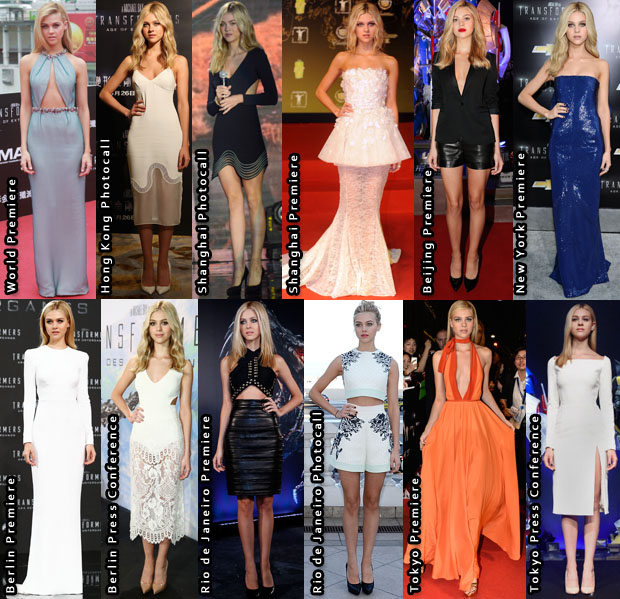 Nicola Peltz kick-started her promo tour for ‘Transformers: Age of Extinction’ back in June when she attended the Hong Kong world premiere wearing a light blue Prada gown.

She then went on to favour black and white during photocalls and premieres, favouring Stella McCartney, with highlights including the Shanghai premiere in Giambattista Valli Couture, Berlin in Stella McCartney and Tokyo in Dior for a press conference.

While her commitment to black and mostly white worked for her minimalist style, I believe her electric-blue Balenciaga New York premiere gown was her best on this tour, along with the orange Prada Toyko premiere gown.

So when did Nicola’s red carpet looks work for you when she stuck to tried and true or when she embraced colour?