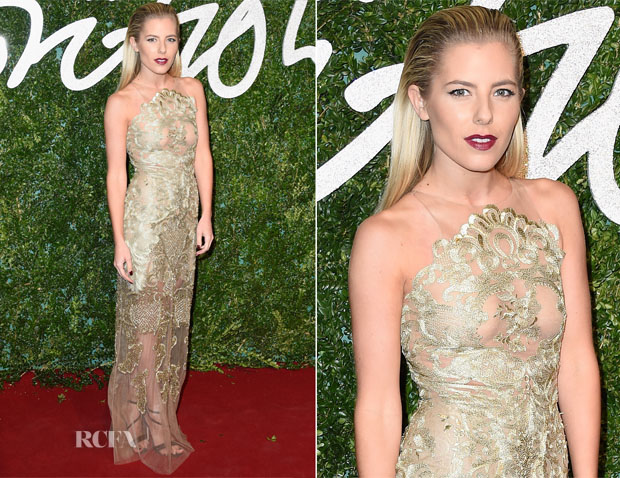 Mollie King returned to the red carpet, posing solo sans her plus-four from The Saturdays, for the 2014 British Fashion Awards on Monday (December 1), hosted at the London Coliseum in London, England.

The British songstress explored a different side of her style personality, debuting a Patricia Bonaldi Spring 2015 sheer, peekaboo gown that was spun in soft gold metallic embroidery.

The illusion bodice was seemingly a bit constraining, so I find it better to focus on this shimmery dress from the waist down—that is until reaching the black sandals, which would have better served the look in a similar metallic shade.

Mixing the golden goddess angle with vampy edge, she painted on a deep oxblood lip and swept those blonde locks into a rather strange, partless ’do; daresay, it had inklings of a faux mullet of sorts.

What do you make of her entrance?