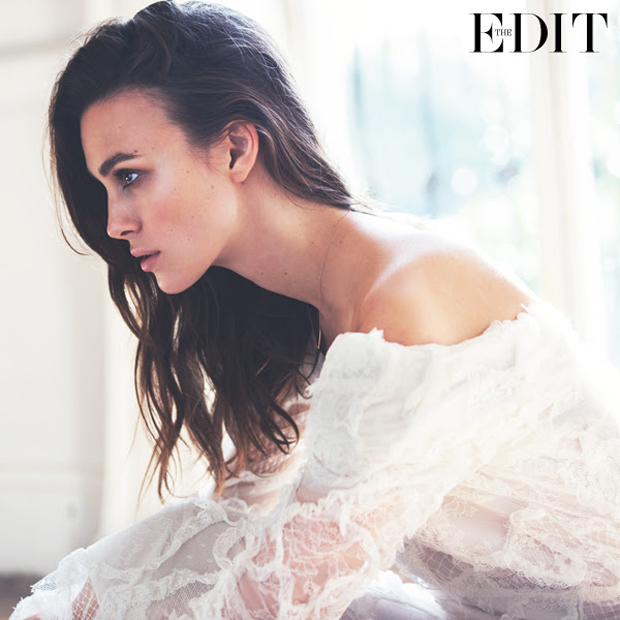 Here are some extracts from her interview. You can read the full interview over at The EDIT.

On advocating for gender equality in Hollywood: “The people who make movies, whether it’s directors or producers, or money people, look for things that they can identify with and if they’re all predominantly middle-aged white men, then what you see are things that middle-aged white men can identify with. And you don’t get anything for anybody else.”

On given up on fairytales because women do not need men to come to their rescue: “A friend of mine just had a daughter. It’s a political thing, having a baby girl, in a way that it isn’t for a boy. You think, ‘Oh isn’t this fairy-tale lovely?’ Then suddenly you worry, ‘What am I planting with that? I don’t want her to be waiting around for a man to fix her problems.’ Maybe it’s a bit silly, but because equality is going so hugely the other way, I think it probably does take being silly to try and swing it back around.”

With regards to the future, Keira is ready to take anything that comes with her trademark poise. Unlike her childlike character who struggles with getting older in the upcoming film ‘Laggies’, Keira is embracing it, even if she is not quite sure what “grown-up” is meant to feel like. While Keira admits to not having all of the answers, she is looking forward to trying to find them.

Keira Knightley Whimsical Return To The ...

Posted by Catherine Kallon on October 31, 2014 In: Keira Knightley

5 Responses to Keira Knightley for The EDIT