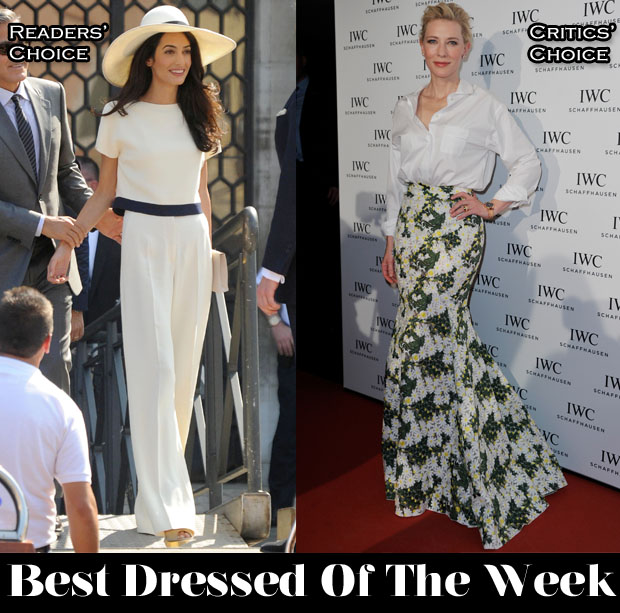 From Amal Alamuddin’s wedding to George Clooney, her Stella McCartney suit was not only your favourite from the festivities, but also won best-dressed of the week, beating the usually unbeatable Cate Blanchett.

Swept away by Amal’s grace and effortless style, this look had us begging for more. With awards season just around the corner, we might just get our wish.

Despite an unusually, uncharacteristically poor week from Cate Blanchett, her one hit in Giambattista Valli Couture was enough for me to crown her BDOTW. Let’s pray this was an off week and she’s back on top form very soon.

Amal Clooney: Lady In Red For The Global...

Amal Clooney Steals The Spolight At The ...

Amal Clooney Joins George For The ‘...