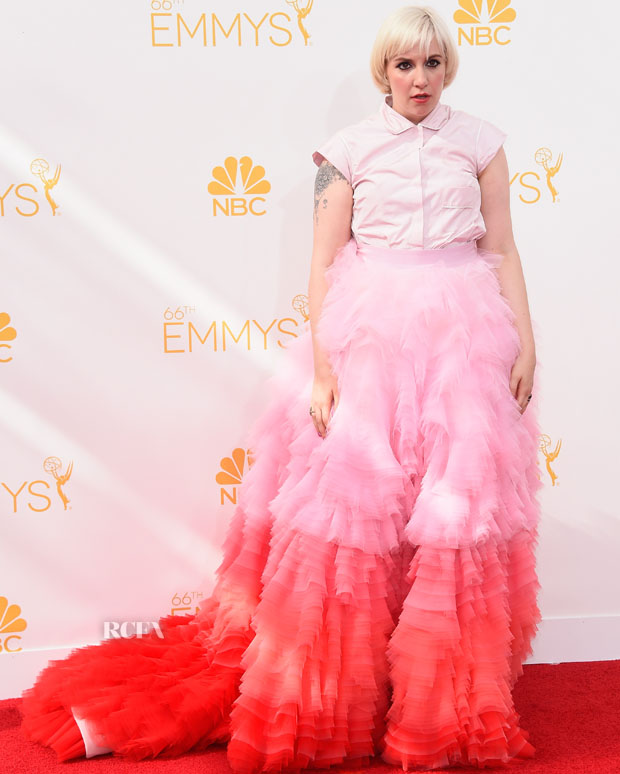 Lena Dunham made a grand entrance at the 2014 Emmy Awards at the Nokia Theatre L.A. Live in Los Angeles, California on Monday (August 25).

Forgive my sensory overload, but where to even begin?

The ‘Girls’ star gave a whole new meaning to the word ‘bold’ in her daring Giambattista Valli Fall 2014 Couture finale number that featured a baby-pink blouse with a Peter Pan collar paired with a ballgown skirt… and what a skirt it was.

The voluminous piece was an extravaganza of layered tulle tiers, creating a pink-to-red ombre effect that ran reverse of the runway colours, making it perhaps even more reminiscent of fluffy cotton-candy.

Fred Leighton jewels may have been lost in the sea of froth and frou-frou, but Lena’s new beauty look carved out its own statement. Her white-platinum bob is an edgy new direction for her, but she could have done with less makeup as her dark kohl-outlined eye and red lip were too heavy here.

This is an Emmys ensemble that will be remembered for years to come—for better or worse. What do you make of it? 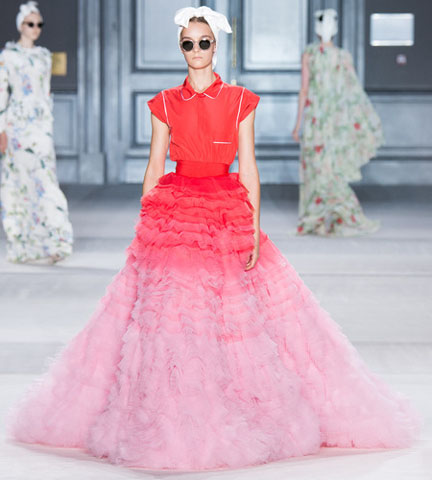