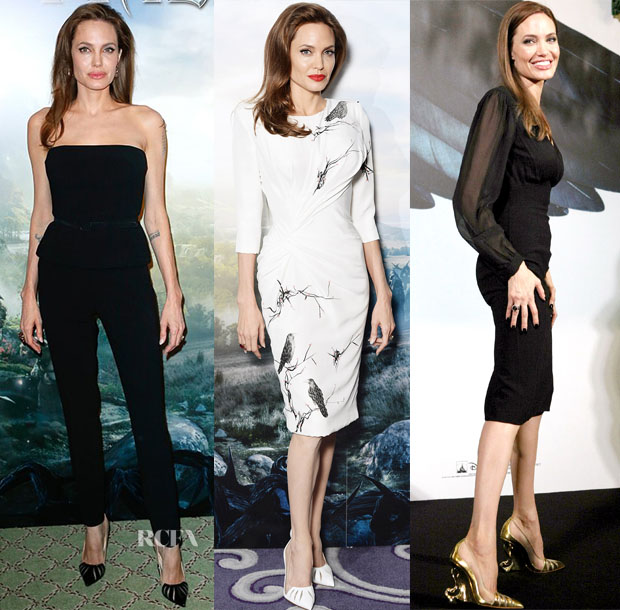 The actress gave the ‘Malangeli’ its red carpet debut during the promotional tour of film, wearing a black, white and gold pair.

The shoe, which features a sculpted heel that curls away from the sole like ‘tendrils of smoke’, will be available in black or red from October 20; with a portion of the proceeds going to SOS Children’s Villages.

Jennifer Lopez In L’Agence – Out In Beverly Hills