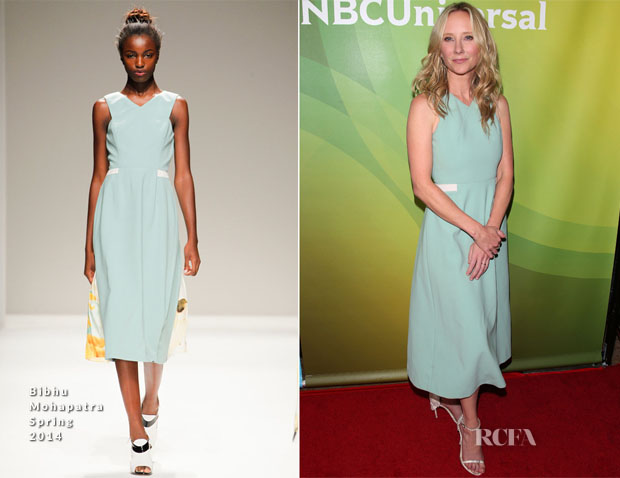 The actress wore a Bibhu Mohapatra Spring 2014 mint-green dress which has a surprising twist at the back, with the floral-panelled pleated skirt and a cut-out detail.

Anne styled the look with Chelsea Paris ‘Yemi’ black and white sandals and with jewels courtesy of Ippolita and Eva Fehren.

Emmy Rossum In Of Mercer – Out In LA