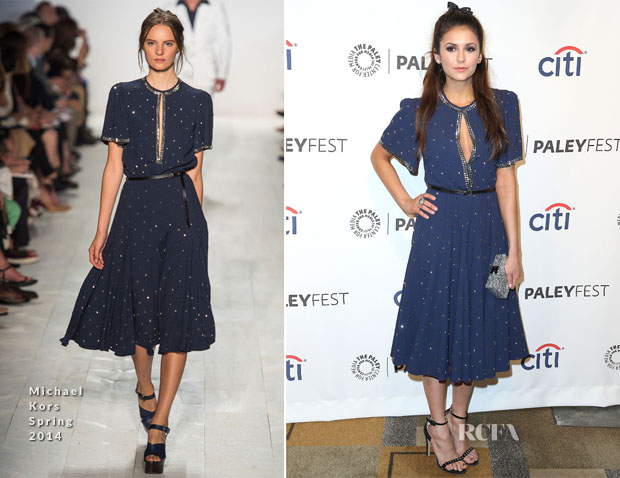 Known for her love of short, sassy, fitted styles, the actress gave us an unfamiliar silhouette, wearing a Michael Kors Spring 2014 indigo-blue silver-studded dress with a risqué keyhole detail.

It’s great to see the actress experiment and give us something new.

I do like the dress to some degree, despite preferring her more familiar style, but the girlie bow almost puts me off liking the whole look. It’s at total odds with the mature flair of her dress. 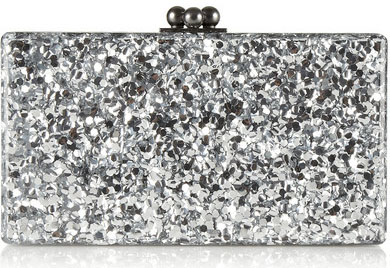 You can buy Nina’s Edie Parker’ ‘Jean’ Clutch from Net-A-Porter.com.