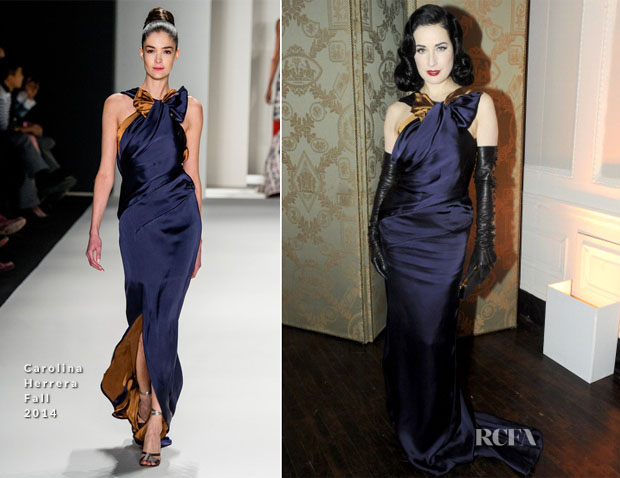 While Dianna Agron wore a Spring 2014 gown and Emmy Rossum wore Pre-Fall 2014, Dita selected a piece right off the Fall 2014 runway, but unlike the aforementioned she didn’t opt for a print or a spring-like hue.

Working typically dark and dramatic eggplant and rust hues, her sleeveless two-tone double-faced charmeuse Carolina Herrera gown featured a knotted gathered construction at the bodice with a bow detail at the bust, a cowl open back and a short train.