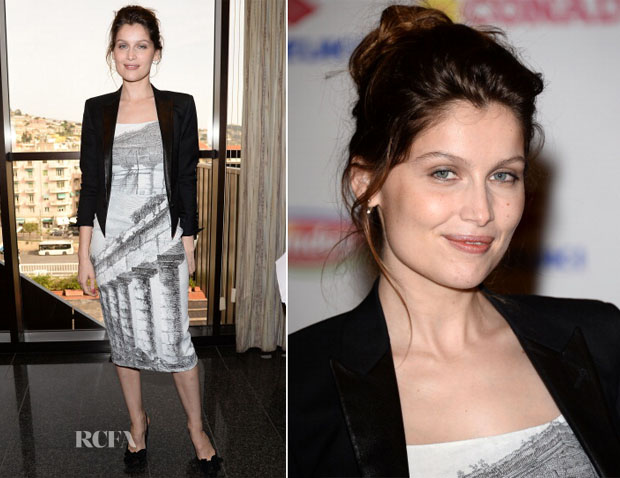 Usually sultry at every turn, the model wore a more conservative look on this occasion.

She wore a Dolce & Gabbana frock which, shockingly, isn’t made of lace, nor does it feature a floral print.

Referencing Italy’s old-world heritage, the curve-enhancing dress, which she styled with a black blazer and black pumps, features a beautiful ancient-ruins print.

Had she removed the blazer, her signature sultriness would’ve been on full display, but I guess she may be saving that for the opening ceremony.

Rihanna For Vogue US March 2014