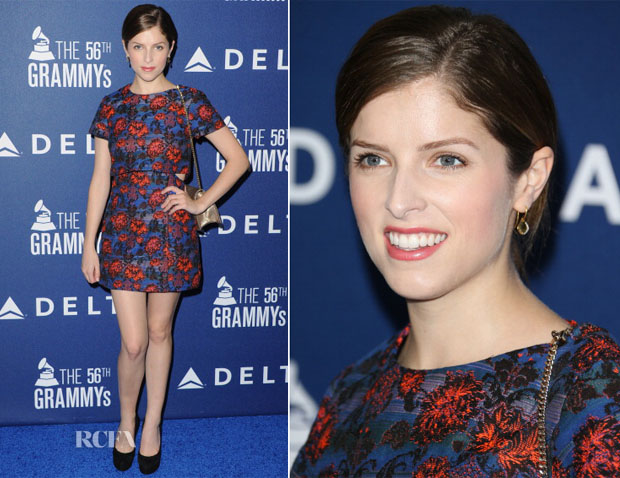 This mini dress is crying out for a feisty pair of heels, but sadly she opted for simple black platforms.

With a shimmering metallic mushroom-coloured Mulberry ‘Christy’ shoulder bag and gold jewels also accessorizing her look, she wore her hair back in a tight bun and pink lip shade. 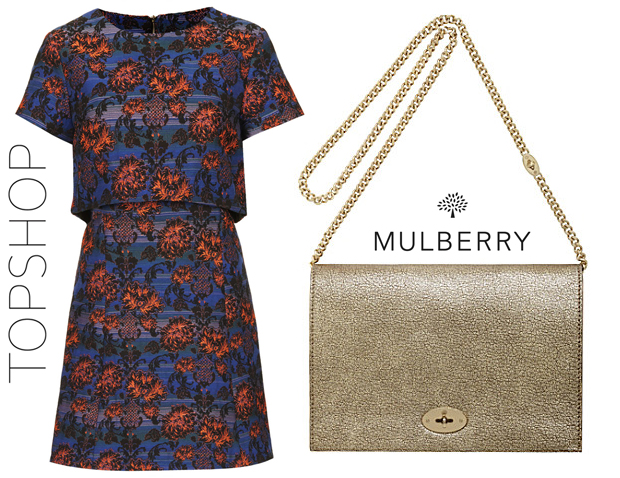 Posted by Catherine Kallon on January 24, 2014 In: Anna Kendrick, Topshop