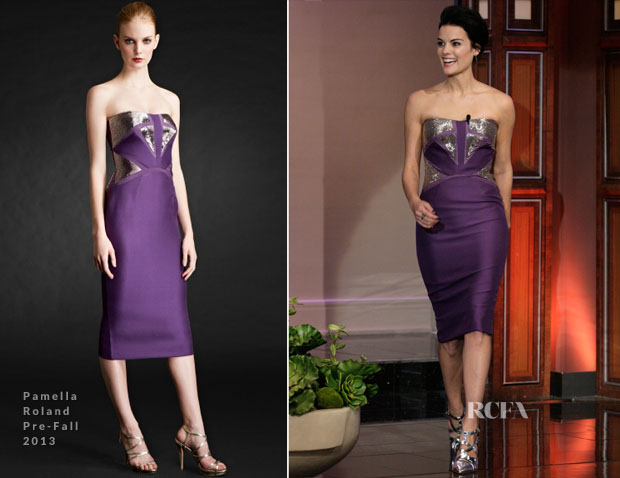 Jaimie Alexander made a guest appearance on ‘The Tonight Show with Jay Leno’, where the host of course brought up that dress – it’s going to be her legacy.

The ‘Thor’ actress revealed that she was wearing something under there, but somehow I find that impossible to believe.

Wearing a dress which had a slight superhero feel to it, with the silver geometric macro beading, the actress wore a violet Pamella Roland Pre-Fall 2013 strapless frock.

Not allowing the dress to do all the heavy lifting, she wore a fabulous pair of Rupert Sanderson ‘Moiki’ pumps in metallic silver to complete the futuristic superhero vibe.

These space-age heels have also been spotted on Ellie Goulding and Katie Aselton. 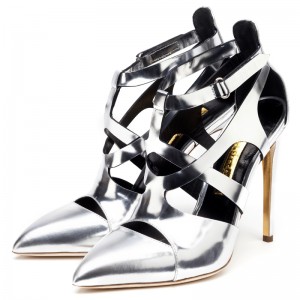