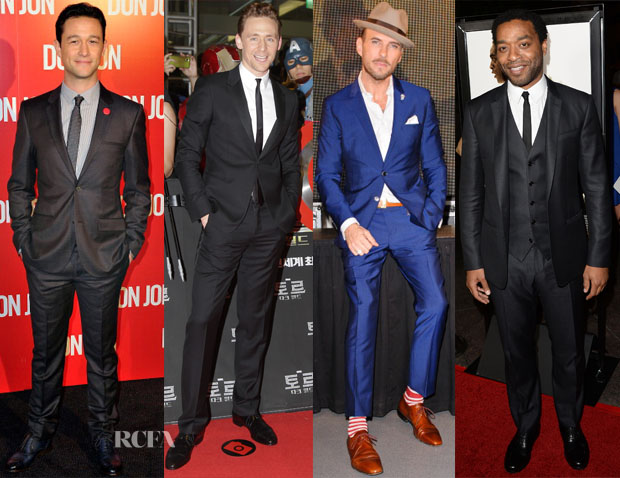 Here is a quick look at some of the menswear looks from yesterday.

Tom Hiddleston: The British actor attended the ‘Thor: The Dark World’ premiere held at Times Square in Seoul, South Korea opting for a classic Men-In-Black suit with a thin tie.

Matt Goss: The Bros lead man is back in the UK following years of success performing in Las Vegas. In my teens I was very much a Brosette so I am delighted to see him back in the UK, where he was signing copies of his latest album, ‘Life You Imagine’, at HMV in Oxford Street, London yesterday evening. He looked so very sharp wearing an ink-blue suit with a white button-down shirt, red-and-white striped socks and his signature hat tilted to the side.

Chiwetel Ejiofor: It was also all black for Chiwetel at the ’12 Years A Slave’ LA premiere, as the British actor donned a sleek three-piece suit.

Laura Mercier Has Arrived At Net-A-Porter