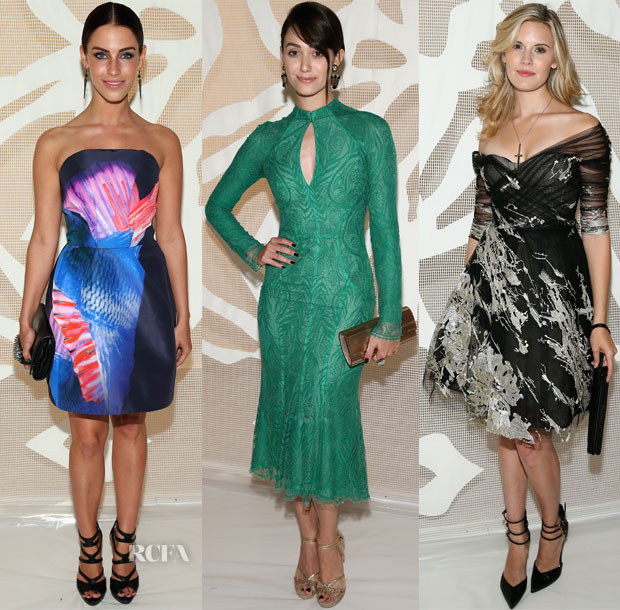 A chic sweep of lovelies were seated front row at the Monique Lhuillier Spring 2014 fashion show yesterday at The Theatre at Lincoln Center in New York City, where they wore all shades and styles of the designer.

Emmy Rossum: Gorgeous in green, the actress turned on the sophisticated sizzle in a fit-and-flare lace dress from the Fall 2013 collection. From that enchanting hue to her side-swept ‘do, along with those metallic gold Jimmy Choo accessories, there was much to covet here.

Maggie Grace: The actress’s Pre-Fall 2013 black cocktail dress had a frothy and romantic off-the-shoulder silhouette, further boosted with her loose, blonde waves. Yet the painterly splatters of gold that swept across the black frock delivered an aura of drama and mystery to this look, as did her dagger-shaped necklace. 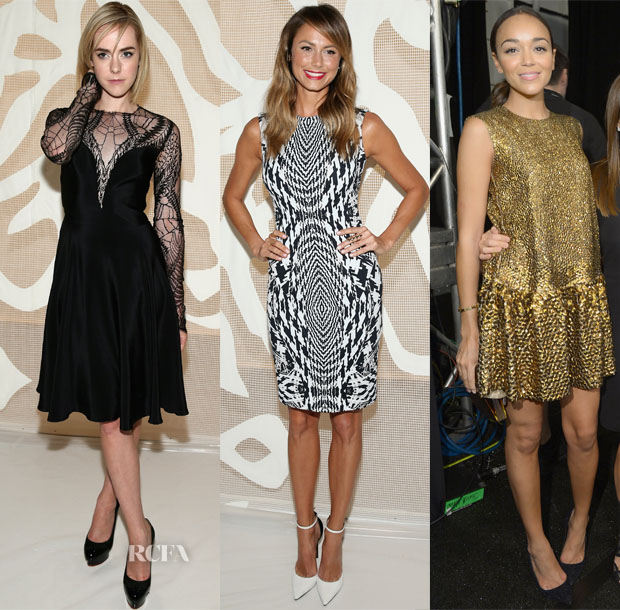 Stacy Keibler: The statuesque star wore a black-and-white printed cocktail dress from the Resort 2014 collection, a look which summoned a reappearance of the ubiquitous white pump. The kaleidoscope, funhouse pattern may be dizzying, but it was altogether figure-flattering. An updo would have been preferred on this occasion, but her magenta lip made a splash.

Ashley Madekwe: Showing her style range, the ‘Revenge’ actress wore a bronze, dropped-waist cocktail dress from the Fall 2013 collection, which couldn’t have been more different from her Cushnie et Ochs front-row ensemble—except in its similar effortless, chic appeal. 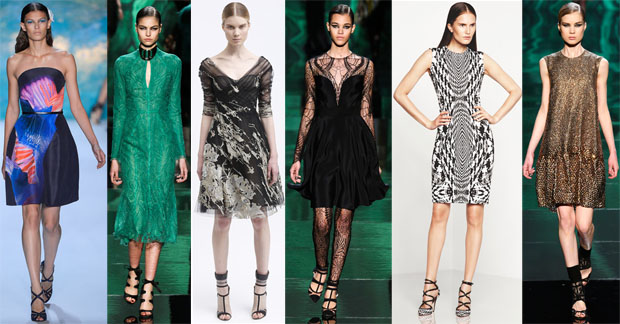