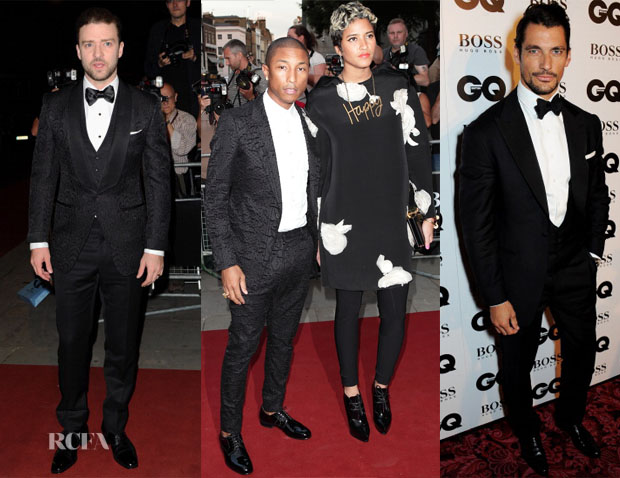 Excluding Eddie Redmayne, the GQ Men Of The Year Awards held at The Royal Opera House in London yesterday evening was awash with handsome men in dark suits.

Justin Timberlake (in Tom Ford) and Pharrell Williams (in Lanvin) both opted for textured suits with bow ties jazzing up the traditional tux, while David Gandy kept it simple and classic in his Henry Poole & Co. bespoke three-piece suit. 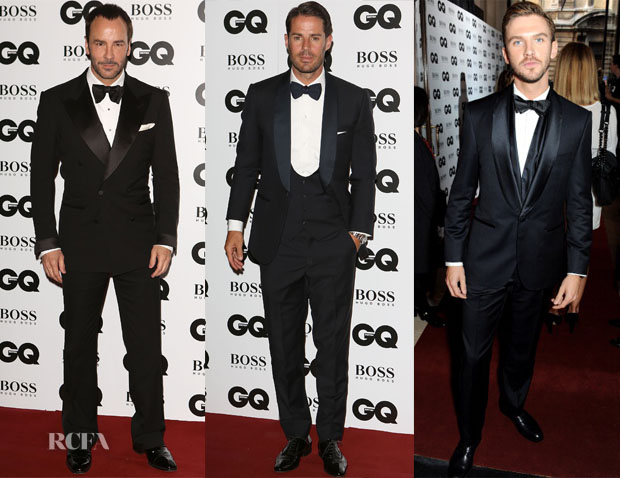 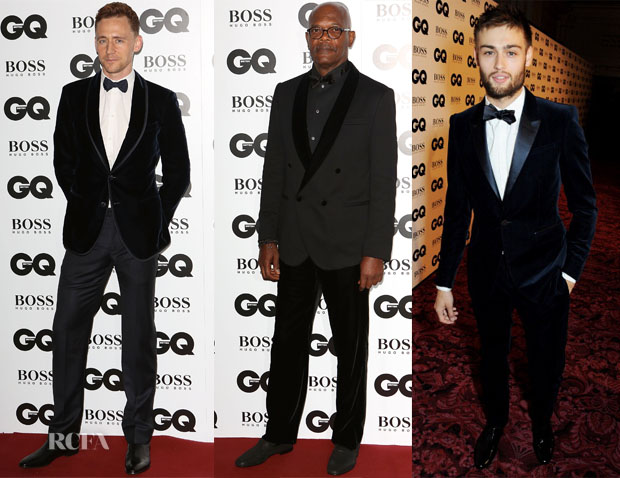 Tom Hiddleston (in Armani), Samuel L. Jackson (in Armani) and Douglas Booth (in Burberry) each worked black velvet into their look, either via their blazers, trousers, or both for an extra-smooth look in Douglas’s case. 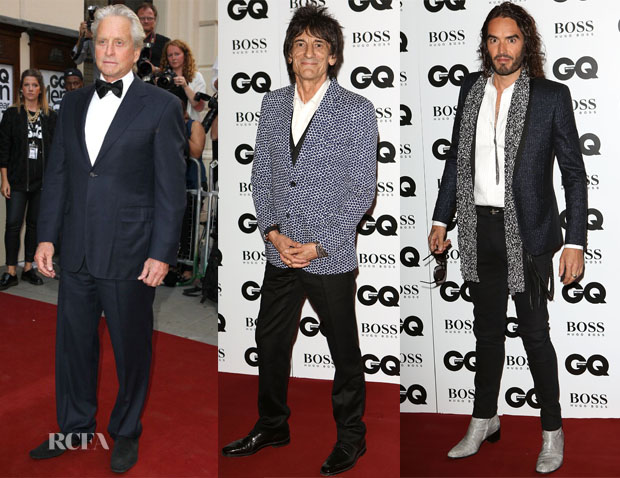 Those who stepped out of the box included Michael Douglas opting for a midnight-blue suit; Ronnie Wood, who wore a speckled Jil Sander suit; and Russell Brand, who rarely dons a black suit and tie, instead working his signature look with black jeans, an open white shirt and textured navy blazer, and grey cowboy boots.

Who was your favourite here?