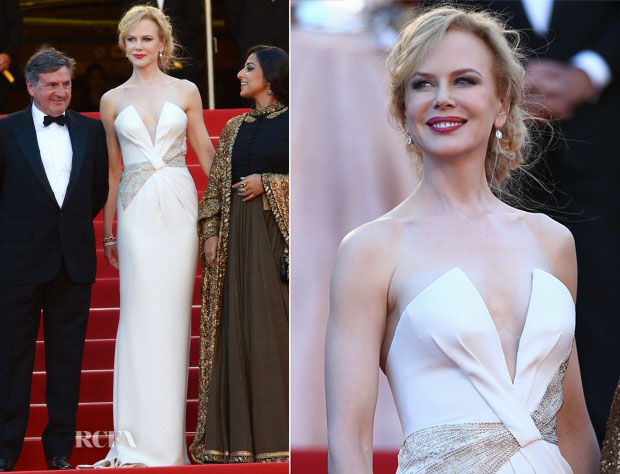 Channelling her inner Grace Kelly, Nicole Kidman was perfection personified on the red carpet this evening at the Palais des Festivals in France for the ‘Zulu’ premiere and Closing Ceremony for the 2013 Cannes Film Festival.

The actress looked ever so regal wearing a Giorgio Armani custom made bustier white silk cady gown with a v-neckline and gold Swarovski crystal bow detail sweeping across the bodice, which she styled with Harry Winston jewels.

Just when we thought we’d picked her best gown from the festival, this one sends us back to the drawing board to rearrange the order.

Do you have your order sorted? Where does this look rank for Nicole’s 2013 Cannes Film Festival red carpet looks?