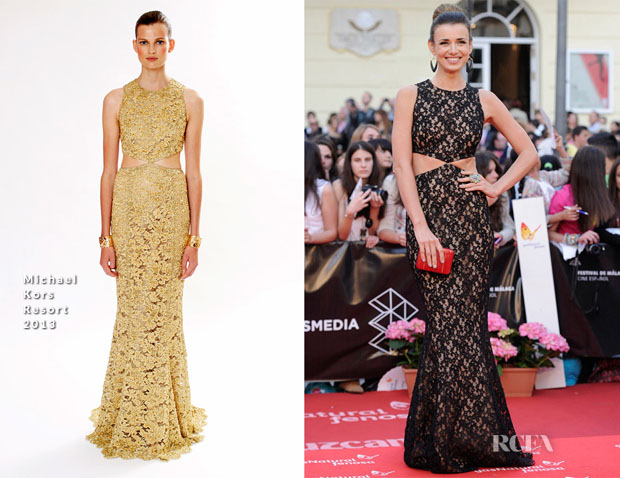 Natasha Yarovenko joined Juana Acosta on the red carpet for the 2013 Malaga Film Festival opening ceremony, which took place on Saturday in Spain.

The actress, who appears to be a fan of Michael Kors’ designs, wore a look from his Resort 2013 collection.

Opting for the black lace version of the gold dress which appeared in the look book, Natasha added a pop of colour to her look via a red Christian Louboutin clutch, with Alexis Bittar jewels proving the bling.

A chic top knot and flawless makeup completed her look.

You may remember that Emily Blunt wore the gold version of this gown to the 2013 Golden Globe Awards earlier this year.