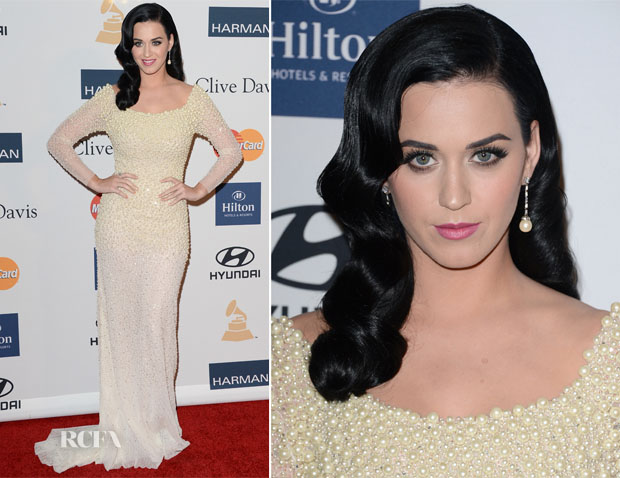 While the singer has come to dial down some of her quirkiness in favour of striking glamour, Perry’s cream long sleeve body-hugging Rafael Cennamo Fall 2013 ornate gown, with all-over peal embellishment and train, lacked some much needed oomph for this pop princess.

Perhaps a bolder hue would have kicked this look up a notch.

Hopefully the singer will find a more successful look for this evening’s award show that will meld a touch of her original style and her new found elegance.