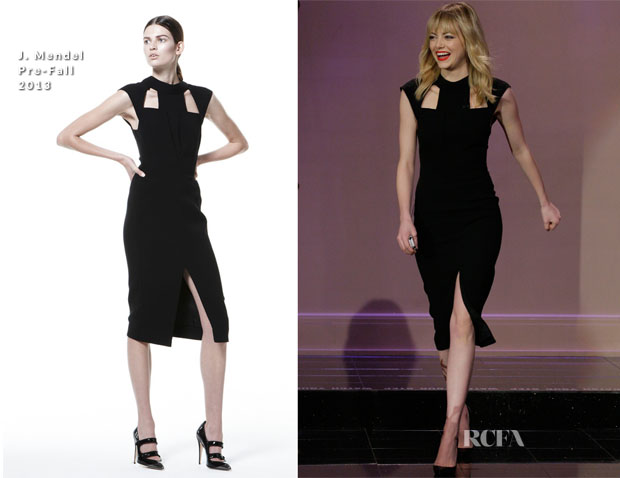 Following her appearance on the red carpet for the LA premiere of ‘Gangster Squad’, Emma Stone dropped by the NBC studios in Burbank, California for a guest appearance on ‘The Tonight Show with Jay Leno’ to continue her promotional duties.

It was all red on Monday night, but on Tuesday she opted for black, wearing a J. Mendel Pre-Fall 2013 LBD with cut-out details and a central slit.

The only pop of colour comes from her lips and sadly not her hair. I know she’s a natural blonde, but I’m longing for her to return to the flame-coloured locks. The blonde isn’t as fresh as it appeared last year.

Emma Stone Was True To Form In Louis Vui...

16 Responses to Emma Stone In J. Mendel – The Tonight Show with Jay Leno