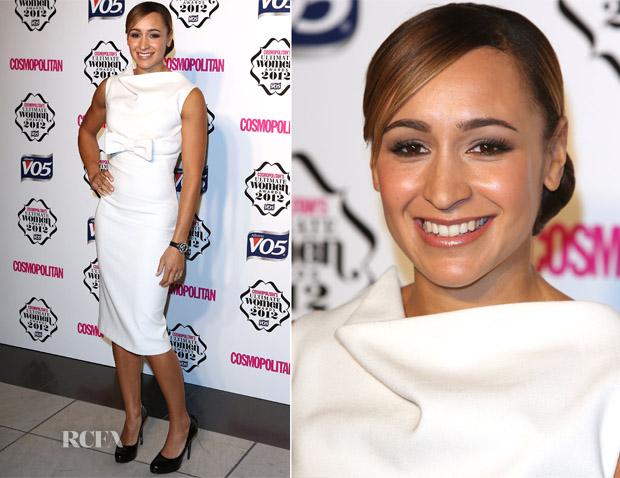 As the woman who lived up to being the face (and body) of the 2012 London Olympics, I was not surprised that Jennis Ennis was honoured at the Cosmopolitan Ultimate Women Of The Year Awards in London last night.

Her sleeveless pencil dress with a feminine bow and draped neckline is just one of many Alexander McQueen dress the athlete owns.

It’s great to see her supporting a British brand. Hopefully she will look to Nicholas Kirkwood or Rupert Sanderson for footwear options in the near future. 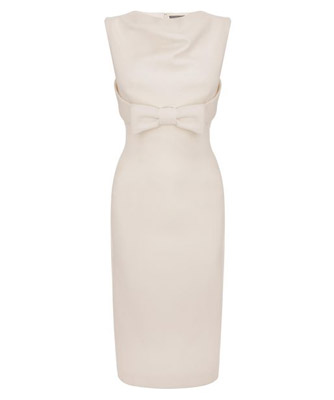 You can buy Jessica’s Alexander McQueen dress from
AlexanderMcQueen.com, farfetch.com US and farfetch.com.
Credit: Getty