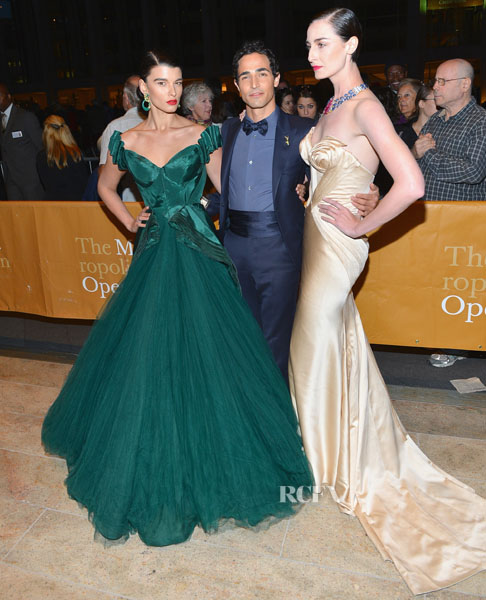 Zac Posen was joined on the red carpet by supermodels Crystal Renn and Erin O’Connor for the 2012 Metropolitan Opera Season Opening Night performance of ‘L’Elisir D’Amore’ at The Metropolitan Opera House in New York City on Monday night.

The supers were of course wearing glamorous Zac Posen gowns.

Crystal stuns in an emerald taffeta-and-tulle ball gown which she styled with David Webb ‘Monkey’ earrings in yellow gold and green onyx.

I wasn’t so excited about Erin’s look.

Her Zac Posen Resort 2013 draped bustier gown is gorgeous, but she looks so washed out in this cream gown with ghostly makeup.

It may have worked in the look book, but in real life without the lighting and the photoshopping, not so much.

Even her colourful David Webb necklace can’t lift this look for me. 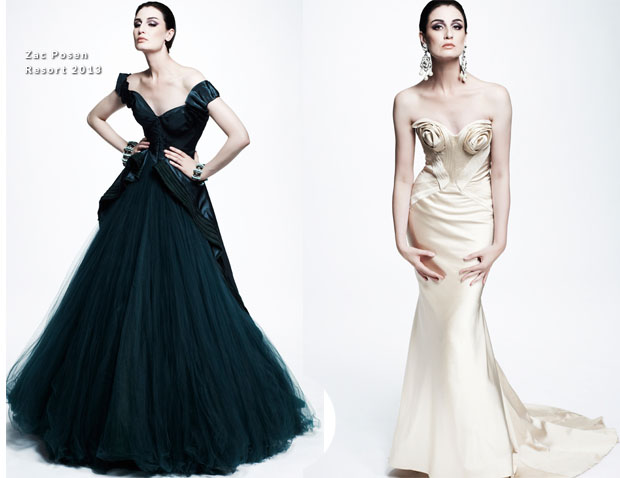