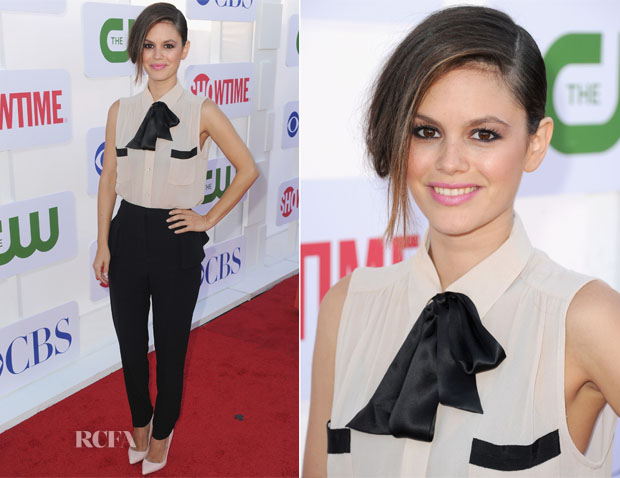 The black-and-nude colour palette is very chic, but I’m not so enamoured with her side bun, which reminds me of a balding man’s comb-over.