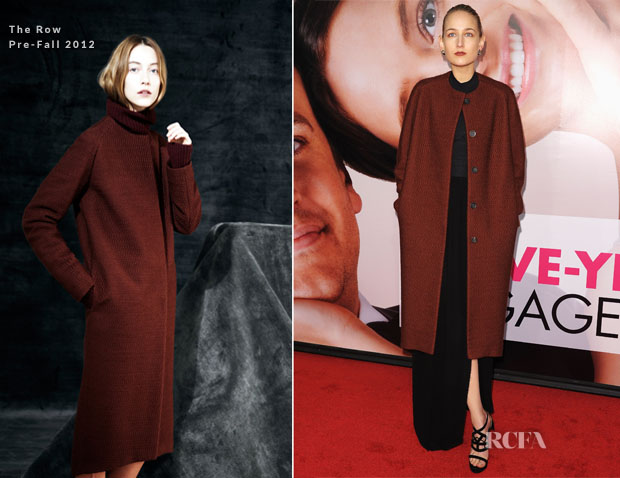 Leelee Sobieski gave us two looks on the red carpet for the ‘The Five Year Engagement’ premiere on the opening night of the 2012 Tribeca Film Festival, held at the Ziegfeld Theatre in New York City last night. The event was also attended by Emily Blunt, Olivia Wilde and Camilla Belle.

The actress arrived wearing a terracotta collarless coat from the Pre-Fall 2012 collection by The Row.

Her look became even more exciting when she removed the coat to reveal a Boy. by Band of Outsiders Fall 2012 halter gown.

The look consists of a bandage-like bodice with a chiffon skirt with a draped split.

I like her look either way, with and without the coat.

Which works better for you? 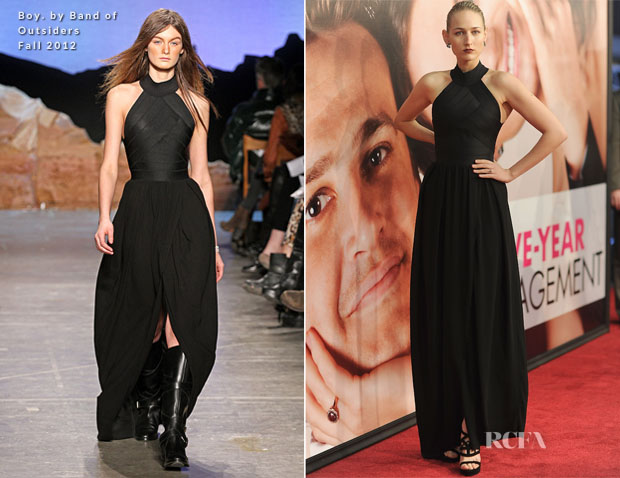 Amanda Peet In Band of Outsiders –...

Emma Stone In Band of Outsiders – ...

41 Responses to Leelee Sobieski In The Row & Boy. by Band of Outsiders – ‘The Five Year Engagement’ Tribeca Film Festival Premiere