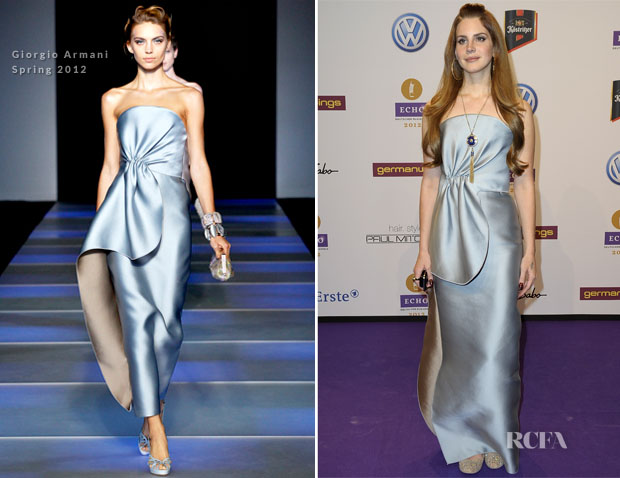 The singer wore a Giorgio Armani Spring 2012 strapless ice-blue gown with a gathered detail at the waist which drapes into a silver-lined layer.

A Versace blue pendant necklace was teamed with large gold hoop earrings, a statement ring, glitter ballet flats and her mobile phone to accessorise her look.

Her beauty regime was kept to neutral colours and her hair was teased into a half-up, half-down style.

I’ve tried, but I just can’t get it up for this girl. I’m never excited about anything she wears on the red carpet.

As nice as this dress is, I prefer the shorter length on the runway. Had Lana worn heels, the length of her dress wouldn’t have been so bothersome.

She’s still in the early days, so hopefully she will give me something to wow about in the future, but I’m not holding my breath.