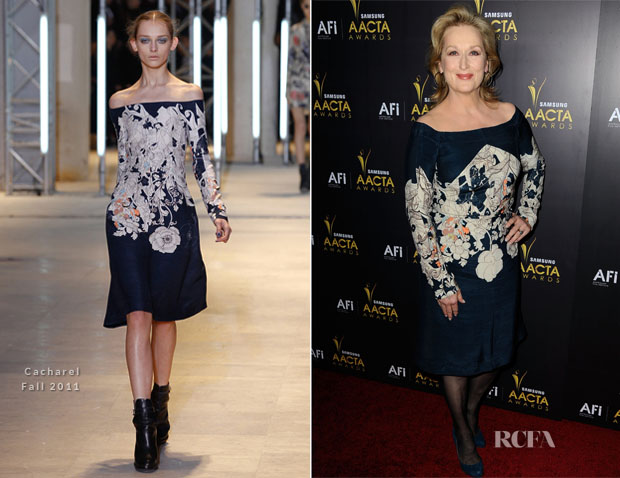 The ‘Iron Lady’ actress tends to be frustratingly inconsistent on the red carpet.

On this occasion I have no complaints as she wore a Cacharel Fall 2011 boatneck dress.

Her version has a slightly different print and a bit more coverage on the shoulders in comparison to the runway look.

This navy and floral print should be familiar to you, as Mila Kunis wore a similar version of this dress last year.