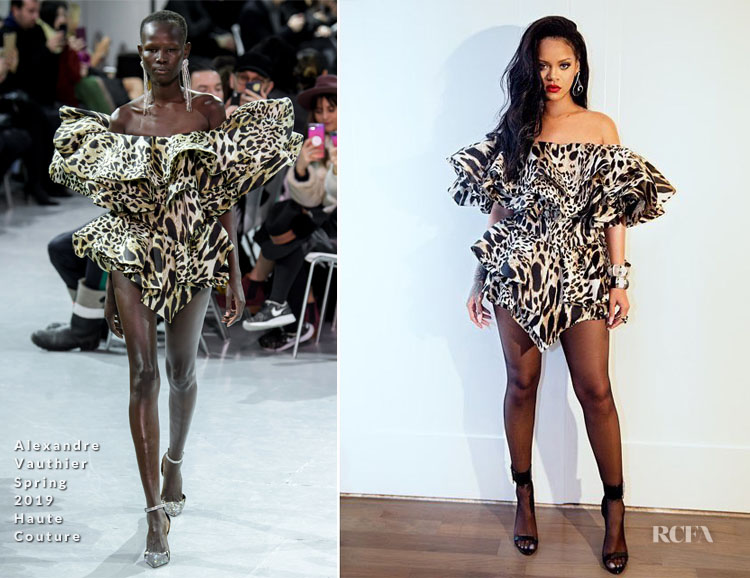 For absolutely no reason at all, not that she needs one, Rihanna posted a series of images on her twitter account on Monday (February 25), wearing an Alexandre Vauthier Spring 2019 Haute Couture dress.

Naturally this sent her fans into a frenzy, and who can blame them, as their queen was looking haute in this leopard print mini, which has everything we expect from Rihanna – flavour and plenty of spice.

The majority of the comments on Rihanna’s twitter were, “when are you dropping the new album sis?”

I’m more excited about this fashion projects that in the works.

Will the collection be a reflection of her style, or will she try to appeal to the masses?

The title of the venture is Project Loud France – named in honour of the singer’s fifth album, Loud.

I’m not thrilled by the name, but I’m saving all judgement until I see the collection.

Who Was Your Best Dressed At The 2019 Vanity Fair Oscar Party?

Posted by Catherine Kallon on February 27, 2019 In: Alexandre Vauthier, Rihanna