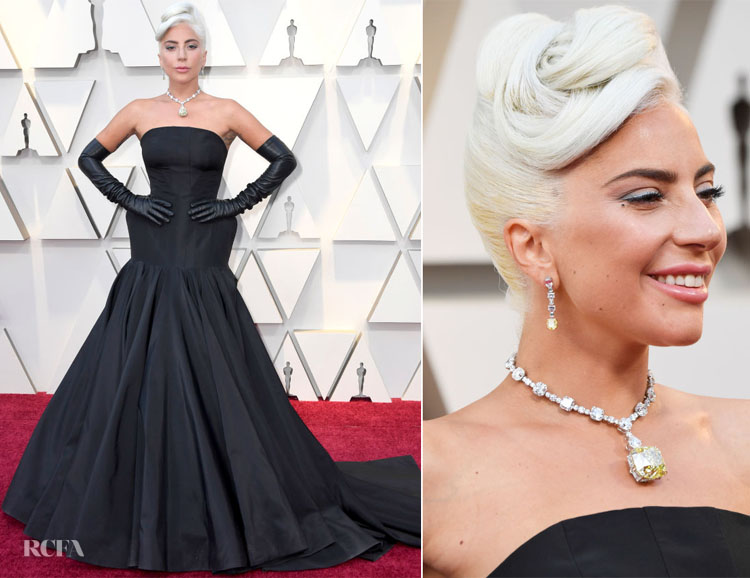 Old Hollywood elegance came roaring back in the vision of Lady Gaga at the 2019 Oscars on Sunday (February 24) in Hollywood, California, which is nothing short of apropos considering her nomination for ‘A Star Is Born.’

This black Alexander McQueen gown was a masterpiece, between the exaggerated sculpt of the hips to the skirt’s ballgown flourish.

Naturally, the opera gloves added all the more drama. But, not as much as those Tiffany & Co. jewels including the mega Tiffany Diamond itself that’s only been worn three times at major award ceremonies. Coincidentally, Audrey Hepburn also wore it for her Breakfast at Tiffany’s publicity photos in 1961.

So, it’s not too far of a stretch to consider that Audrey’s style clearly inspired Lady Gaga’s look, too.

I have a feeling that some may raise objection to the overly fixed nature of her coiffed updo, but it was in keeping with the vintage aesthetic.