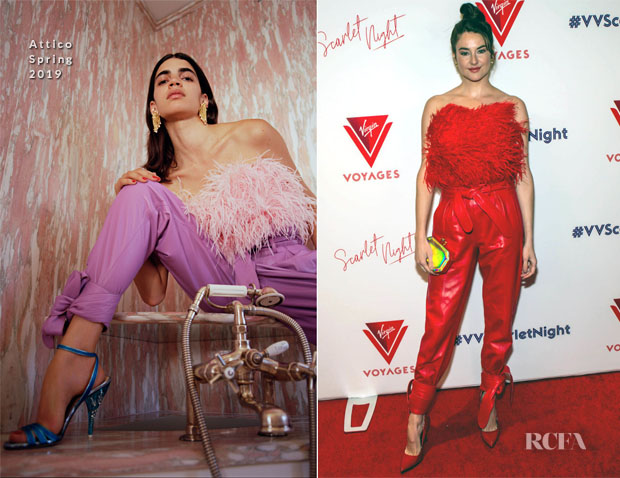 Shailene Woodley was dressed for the occasion at the Virgin Voyages Hosts Scarlet Night party on Thursday (February 14) in New York City.

Those who have been intrigued by the actress’s ensembles of late will likely be interested in her Attico Spring 2019 look.

It has been previously worn by Olga Kurylenko and Alesha Dixon in different guises.

In the ‘Big Little Lies’ star’s case, she went for a fully coordinated rich red look which celebrated the fluffy texture of the top against the subtle sheen of the tough pants.

Those who were in need of reprieve from red got it in from the clutch.