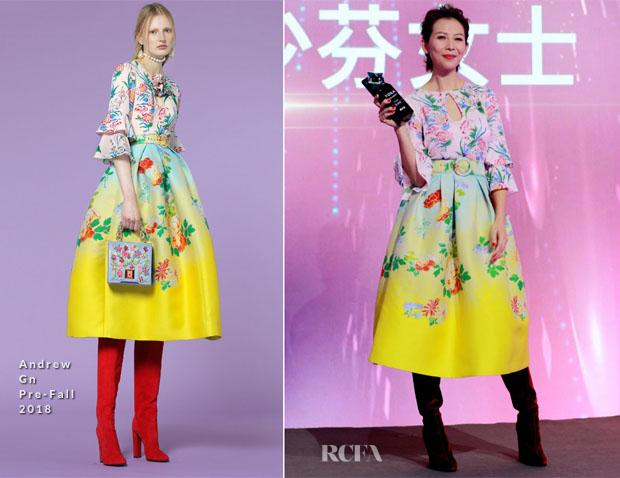 Ada Choi attended 2019 Yoka Awards ceremony were she picked up the Best Actress Award on Monday (January 21) in Shanghai, China.

Such is the summery elegance of her Andrew Gn Pre-Fall 2018 dress, that I have had to correct myself having written Spring 2019 several times.

With that in mind, I found it most perplexing that Ada opted to wear not only over-the-knee boots, but velvet burgundy boots with this frock.

By all accounts it’s a nippy 7 degree in Shanghai right now, but I wish she had found another way around this styling wise.