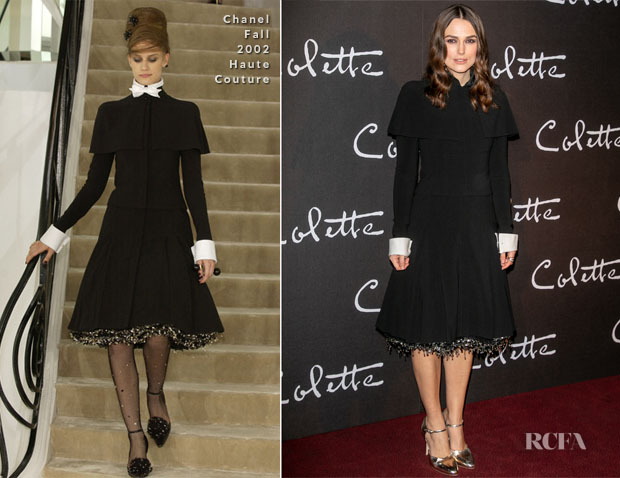 Keira Knightley has been promoting ‘Colette’ since Sundance Film Festival back in January 2018.

At her final premiere -as the film is released in Europe today- in Paris on Thursday (January 10), the actress came full circle in yet another classic Chanel Haute Couture look.

This look is typical Keira in just about every way, especially considering her recent love of pairing her outfits with metallic footwear.

While I did long for a little bit more variety during this promo tour, the British actress stayed true to her style and looked radiant with every outing.

Credit to Weiss for sourcing the year and runway image.

Is anyone missing the white bow?