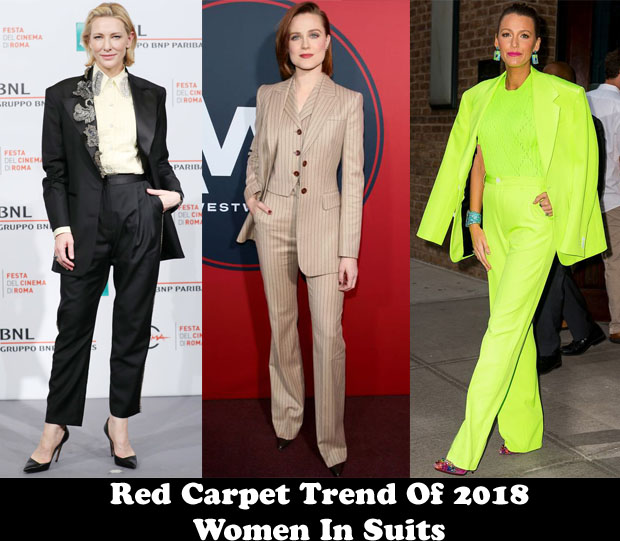 I don’t know about you, but I was glad to see the suiting trend overtake the Athleisure trend in 2018.

Despite Blake Lively believing that we shouldn’t be pointing out that women have been wearing a lot of suits in 2018, it was impossible not to notice this trend.

I did say that Cate Blanchett started the trend during her ‘Ocean’s 8’ promo tour, and has continued since; but credit needs to attributed to Evan Rachel Wood, who’s been opting for suits for quite some time.

Blake only jumped on the trend to promote ‘A Simple Favour.’ 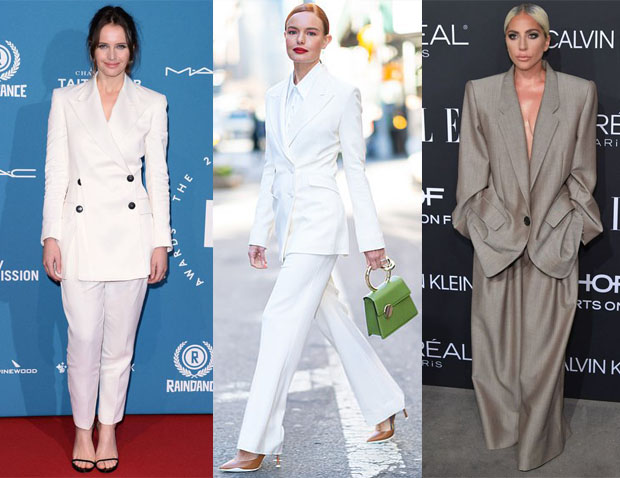 Felicity Jones has also favoured suits while promoting ‘On the Basis of Sex.’

Kate Bosworth was giving me so much life while promoting ‘Nona’ in her Gabriela Hearst suit.

Lady Gaga worked a Marc Jacobs suit with contemporary proportions and a powerful message as to why she chose it at the ELLE Women In Hollywood Celebration. 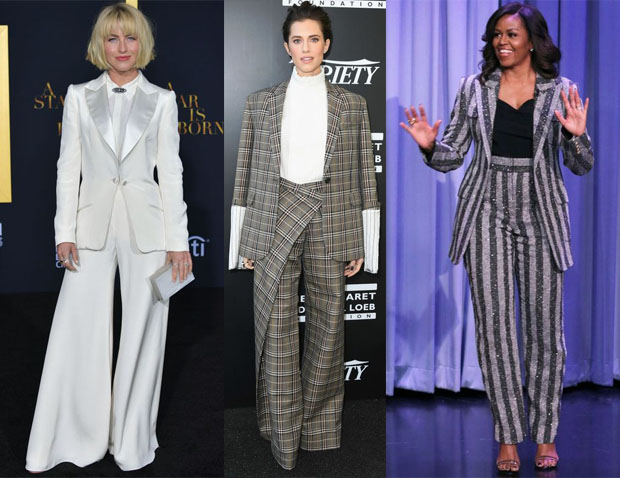 We also had the gown-loving Julianne Hough and Allison Williams suiting up in 2018, along with the former First Lady. 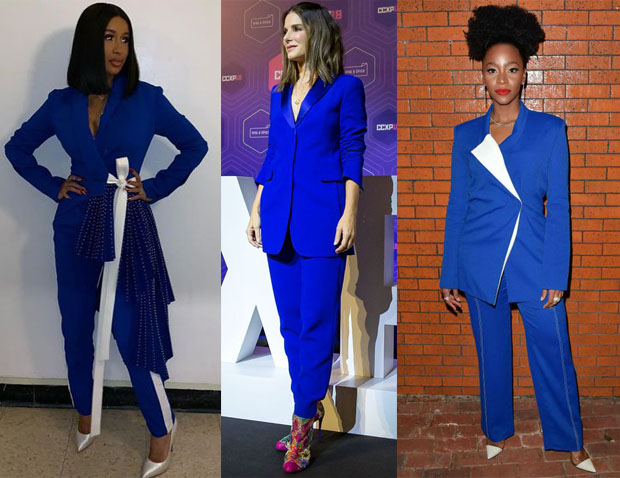 When celebrities really wanted to make a statement, electric-blue was the colour of choice.

I’m pretty sure this trend will become the norm in 2019. In fact, at this point, it kinda already feels that way.

The proof that this was the biggest trend in 2018, is that searches for women’s suits was up by 87% this year.