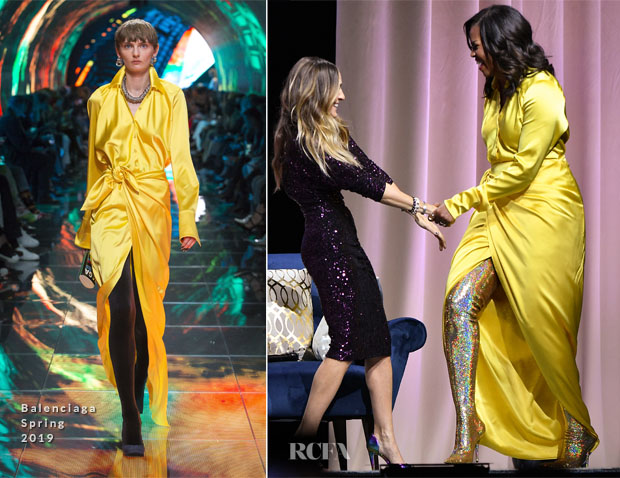 Another day, another record set.

The former First Lady is also the first woman to sell the UK’s No. 1 Christmas book since J.K. Rowling in 2008. This is after selling more than 3 million worldwide in its first month in stores.

So why the heavy promotion, you might be wondering. Well, I honestly don’t mind if it means we get an epic fashion moment like this.

While this picture isn’t the best angle of Michelle herself, it showcases those stunning gold Balenciaga thigh-high shimmering metallic boots, which still have me gasping for air.

Do I need other reason to fall in love with Michelle Obama?

No, but she gave me one with this jaw-dropping Balenciaga Spring 2019 look, which sees Mrs O wear a dress for the first time on this promo tour.

Sarah Jessica Parker hosted the event wearing a festive aubergine Iorane dress styled with her own SJP metallic pumps. On any other day this would’ve had my full attention. 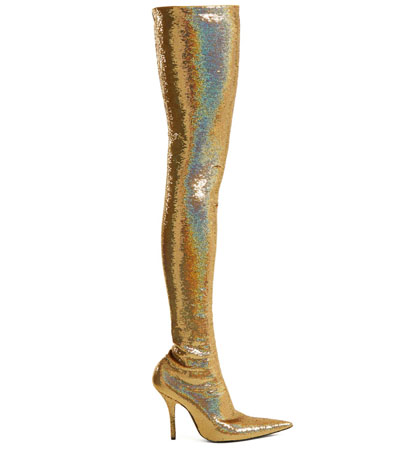 Michelle Obama In Balenciaga and Sarah Jessica Parker in Iorane

Michelle Obama In Balenciaga and Sarah Jessica Parker in Iorane 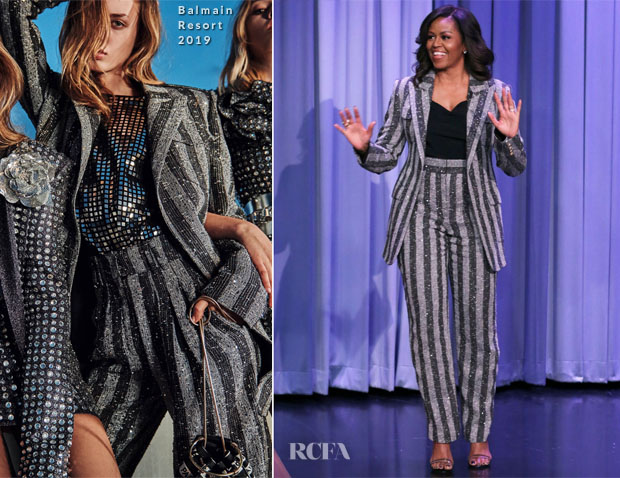 On Tuesday (December 18) Michelle made a guest appearance on ‘The Tonight Show Starring Jimmy Fallon’.

Now, if you had told me that Mchelle Obama would wear Balenciaga and Balmain with 24 hours of each other, I would’ve thought you’d gone mad, but that was the reality.

While I wish the major Balenciaga fashion moment happened on prime time television, I adore everything about this Balmain Resort 2019 suit.

Aside from the sparkles and contemporary cut, the look just feels so cool, yet unassuming.

I’ve been very impressed with Michelle’s post-office style, but I wasn’t ready for these levels. 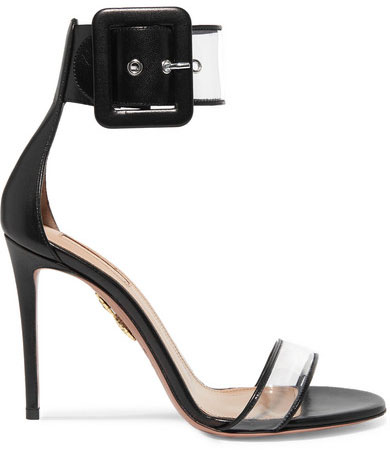 Beyonce Knowles is Instaglam in Michael ...

Posted by Catherine Kallon on December 20, 2018 In: Balenciaga, Balmain, Michelle Obama, Runway To The Stage, Runway To TV Show