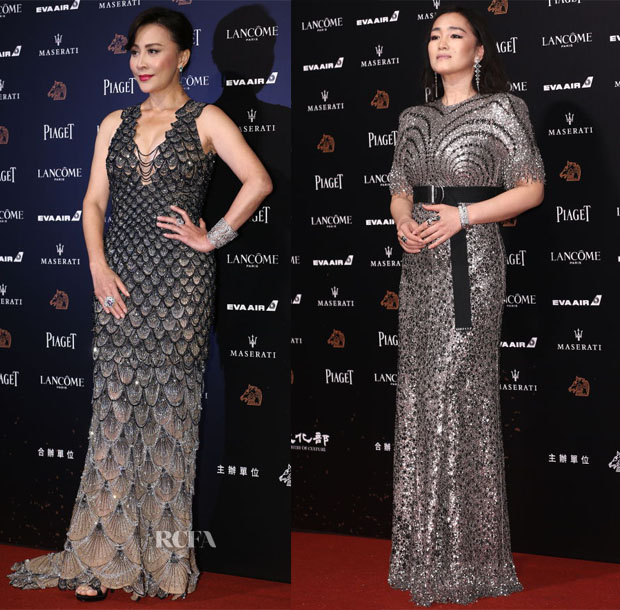 The 2018 Golden Horse Film Awards on Saturday (November 17) in Taipei, Taiwan were a dazzling affair.

Carina Lau: The singer-actress recalled decades gone by with the Art Deco-inspired embellishment on her Atelier Versace dress. The intricate detailing didn’t need much else but she added more sparkle with megawatt Cartier jewels. You may remember that Princess Charlene of Monaco wore this same dress back in July.

Gong Li: Bringing no shortage of shimmer, the jury president dazzled in Givenchy Spring 2019. She removed the armor-like shoulder detail, but some will likely wish she traded the belt in for something more diminutive and formal. 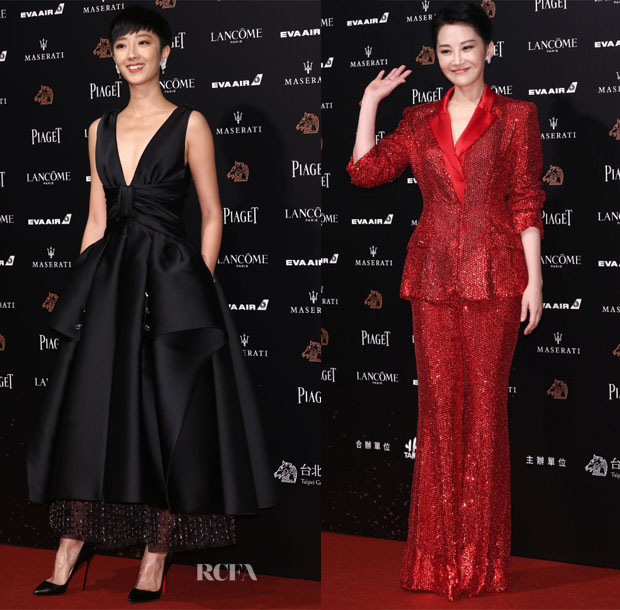 Gwei Lun Mei: The Taiwanese actress’s Chanel Fall 2017 Haute Couture dress and pixie crop have the potential to earn her many new admirers. The styling doesn’t distract from all the details on the voluminous look. The full silhouette had ample drama with the surprise embellished hem adding more playfulness.

Xu Qing: She twinkled in an Alberta Ferretti Limited Edition Fall 2018 suit. It was nice to see separates on the carpet as opposed to this ending up as a performance piece. The exaggerated shoulders juxtapose the flowing trousers. 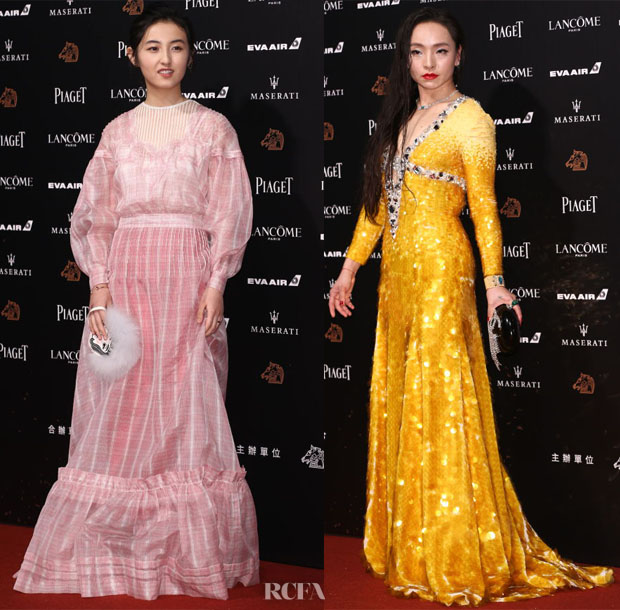 Zhang Zifeng: Offering something different from ornate embellishment, the young actress made a girly statement in Calvin Klein Fall 2018. She sweetened it up with the furry bag. It’s not every day we see translucent plaid on the carpet but she carried it off.

Zeng Meihuizi: Making it clear that embellishment was certainly the trend of the evening, the Chinese actress made an electric statement in Miu Miu. Even with hundreds of glittering paillettes, I find myself distracted by her hair.

Meghan, Duchess of Sussex In Safiyaa – The Royal Variety Performance 2018