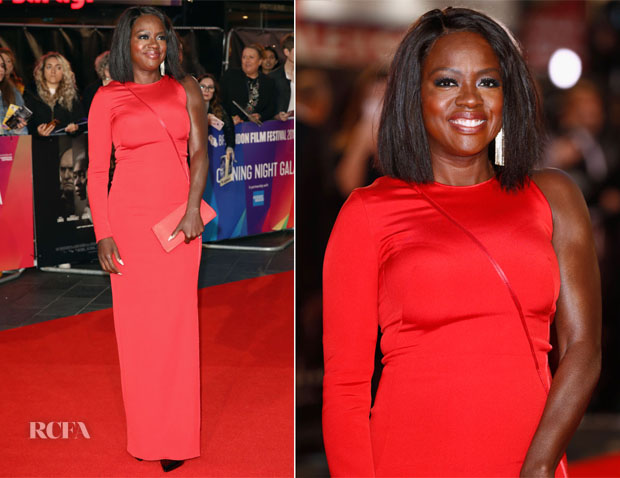 The BFI London Film Festival had its opening night on Wednesday (October 10), with Viola Davis’ latest film, ‘Widows’ premiering at the event.

This might be controversial, but I’m not crazy about Viola in this Akris red dress.

I adore the colour on her, but the dress itself feels pretty basic, and doesn’t live up to her stature.

I also don’t like random asymmetric line going across her chest.