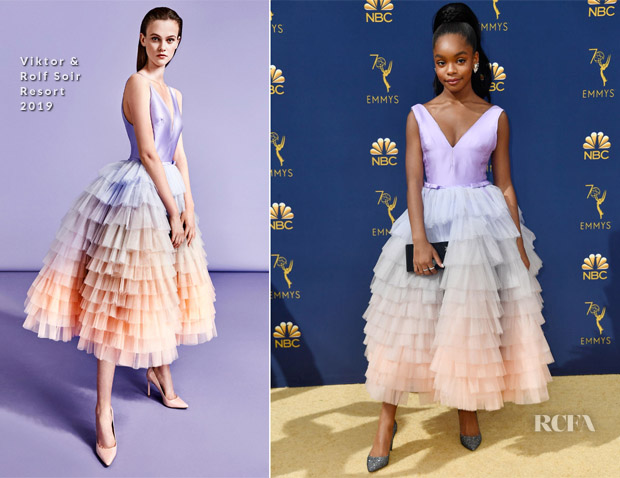 After a spate of moody black looks, this Viktor & Rolf Soir Resort 2019 frock was a delight.

I love the delicious sherbet shades that were so fitting for the young 14-year-old starlet, as this is an example of twee done well.

It’s hard to ignore the black clutch and Nicholas Kirkwood pumps, as they were such an austere contrast to the whimsical princess effect. But, I’m going to focus on the positive charms of the dress.