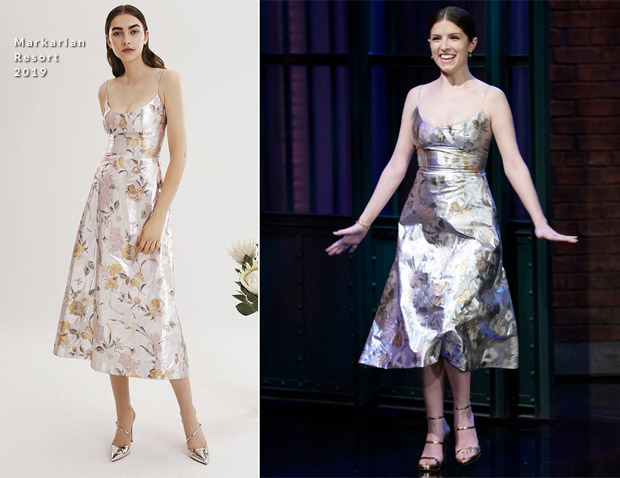 Anna Kendrick’s run of short and sassy dresses came to a halt for her appearance on Late Night with Seth Meyers on Tuesday (September 11), where she continued to promote her new film, ‘A Simple Favor.’

The actress was glowing in a silver lame Markarian Resort 2019 bias corseted dress.

I love the return to sensual sophistication from Anna. This look has so many romantic elements which I have missed from her recent red carpet looks.

Styling the dress with gold Giuseppe Zanotti sandals, she was able to complement the shimmering undertones.