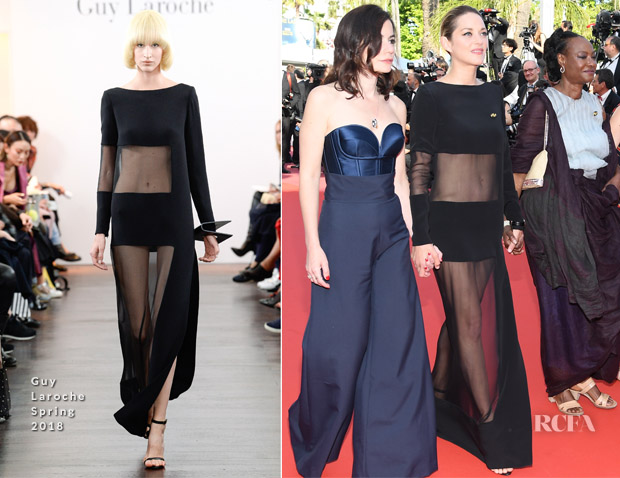 Marion Cotillard joined Kirsten Stewart, Lea Seydoux, Khadja Nin, Ava DuVernay and Cate Blanchett who walked the red carpet in protest of the lack of female filmmakers honored throughout the history of the festival at the premiere of ‘Girls Of The Sun (Les Filles Du Soleil)’ this evening (May 12) during Cannes Film Festival.

I know some will be disappointed that she’s opted to so sheer, but I feel she’s done so in a cool and effortless way.

She’s due to have another look later this evening, so check back for that.

Gemma Chan Wore Louis Vuitton To The Can...