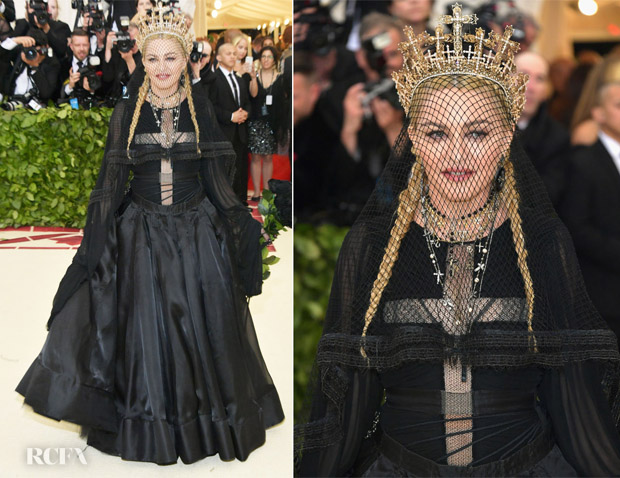 You could easily say that the ‘Heavenly Bodies: Fashion and the Catholic Imagination’ theme of the 2018 Met Gala on Monday (May 7) in New York City was made for Madonna.

The ‘Like a Virgin’ singer was born for this red carpet, after all. And, rock the theme Madge did.

But, rather than go for a white look of purity, she went in the opposite direction with a Jean Paul Gaultier Couture extravaganza that her stylist Eyob Yohannes likened to an ‘Immaculate Goth Queen.’

The black ball gown featured a sheer cross cutout that you would be forgiven for missing initially, as her mesh black veil and elaborate cross-bedecked crown commanded so much attention up front.

She carried a giant black rose to finish the dark, theatrical spectacle that won’t be soon forgotten.

Posted by Rachel Watkins on May 8, 2018 In: Jean Paul Gaultier, Madonna, Met Gala