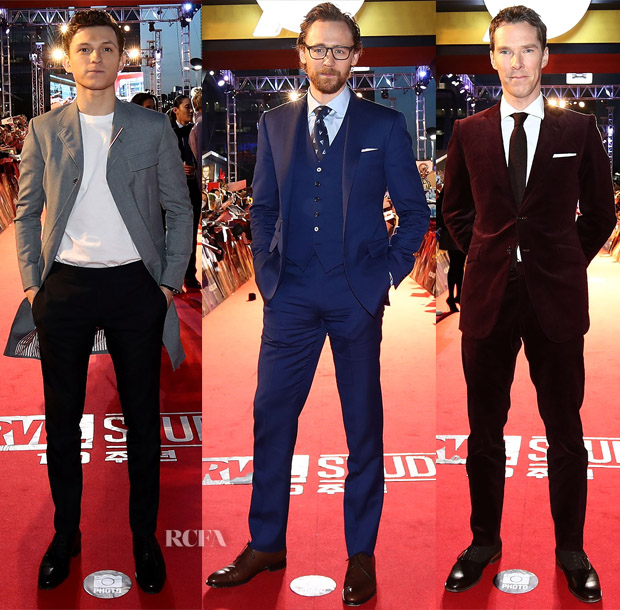 Here’s a look at the men who have been making the red-carpet rounds this week.

Tom Holland: Joining Pom Klementieff for the ‘Avengers Infinity War’ Seoul premiere on Thursday (April 12), Tom cut a cool profile. I really found myself liking this non-suit offering, as it was casual but still felt appropriate and fresh for the young British actor.

Tom Hiddleston: In contrast to the other Tom, Tom Hiddleston opted for more formality at the ‘Avengers Infinity War’ Seoul premiere. I loved how dapper this striking navy three-piece Ralph Lauren suit translated on him—his glasses no doubt helping the cause.

Benedict Cumberbatch: Also at the ‘Avengers Infinity War’ Seoul premiere, Benedict stole my heart with this aubergine suit. The colour is just so rich and decadent. 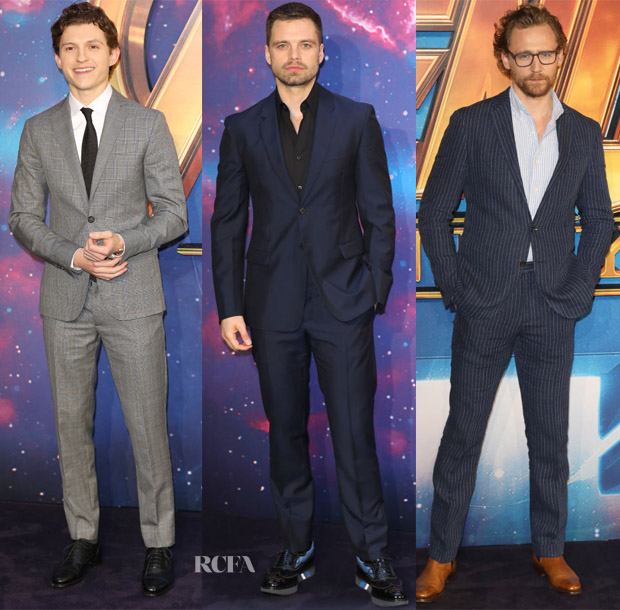 Tom Holland: At the ‘Avengers Infinity War’ UK fan event on Sunday (April 8) in London, Tom suited up this time in DSquared2 tailoring. It was a sharp showing for him, if not a bit ubiquitous when it comes to standard gray business suits.

Sebastian Stan: Also at the ‘Avengers Infinity War’ UK fan event, Sebastian created a more laidback vibe with this Prada navy suit by wearing the black dress shirt unbuttoned—which was all fine and dandy given the more casual nature of the occasion.

Tom Hiddleston: Rounding out the trio at the fan event, Tom was looking fine and dandy in this Ralph Lauren suit paired with Ralph Lauren boots and Mykita glasses. This was a relatively simple look, but who knew all those pinstripes could look so suave. I may have a new style crush of the moment. 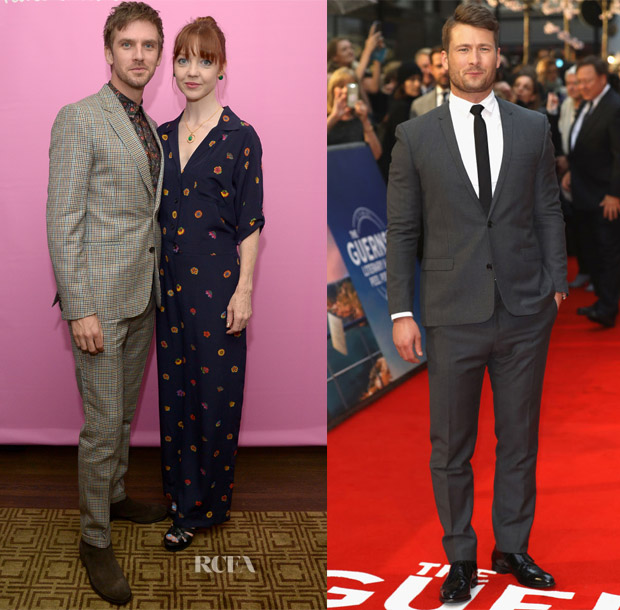 Dan Stevens: At the Paul Smith Dinner party in LA on Tuesday (April 10), Dan was with Susie Hariet and was wearing a Paul Smith ensemble, naturally. And, naturally, the result was an expert mix of patterns and plaid.

Glen Powell: At ‘The Guernsey Literary And Potato Peel Pie Society’ London premiere on Monday (April 9), Glen donned a Dior Homme suit. It was a basic sartorial look but I think could have been a slightly more polished fit.

Sophie Hunter In Christian Dior & Be...