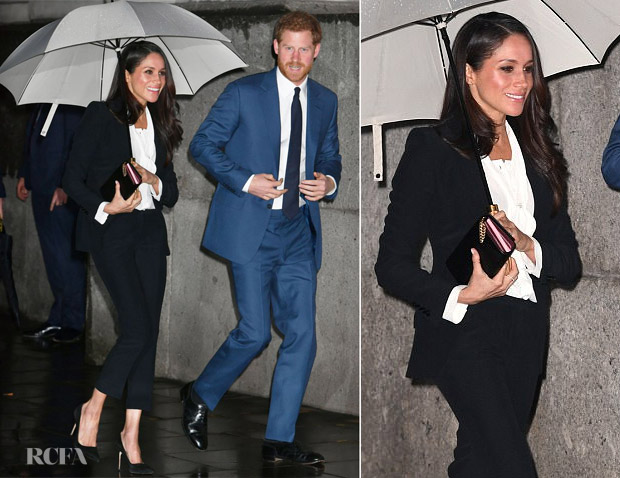 I’m sure this will be considered controversial for some, but I love that she made a statement with her subtle fashion choice, as this was an event honoring wounded, injured, and sick servicemen and women, so no doubt she wanted the focus to be on that, rather than choosing a more conventional gown for the evening.

I also think this look was a very considered and diplomat choice because Catherine is at a very high profile royal dinner in Norway this evening, so perhaps Meghan opted for a suit as not overshadow Catherine’s trip. 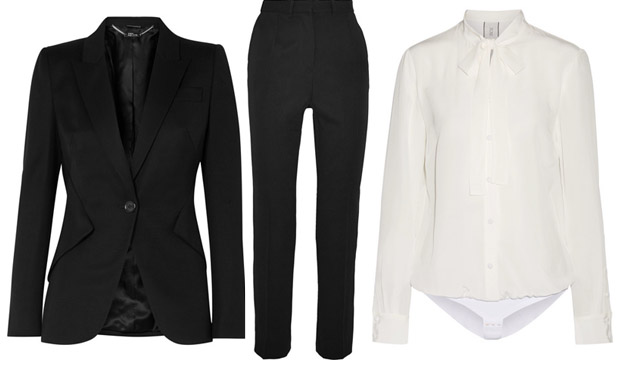