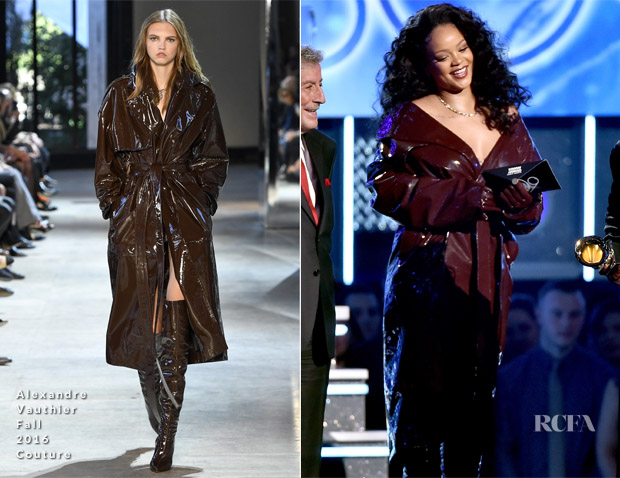 Rihanna skipped the red carpet at the 2018 Grammy Awards on Sunday (January 28) at Madison Square Garden in New York City. But, that doesn’t mean she wasn’t dressed in striking form.

There would be no missing her as she took the stage to accept the Best Rap/Sung Performance award with Kendrick Lamar (in Saint Laurent).

Her Alexandre Vauthier statement was a remake of the chocolate patent-leather trench coat and boots that graced the Fall 2016 Couture runway.

Worn off-the-shoulder, it balanced sophistication and edge, with no gimmicky, try-hard appeal. Leave it to her to make a trench just as glam and statement-making as any gown.

I loved what appeared to be the richer, aubergine inspiration behind the colour palette of the shiny monochromatic look that also included the matching boots and Causse Gantier gloves. 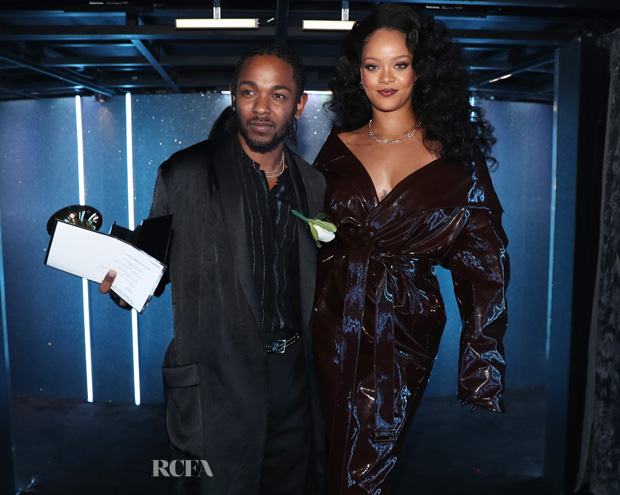