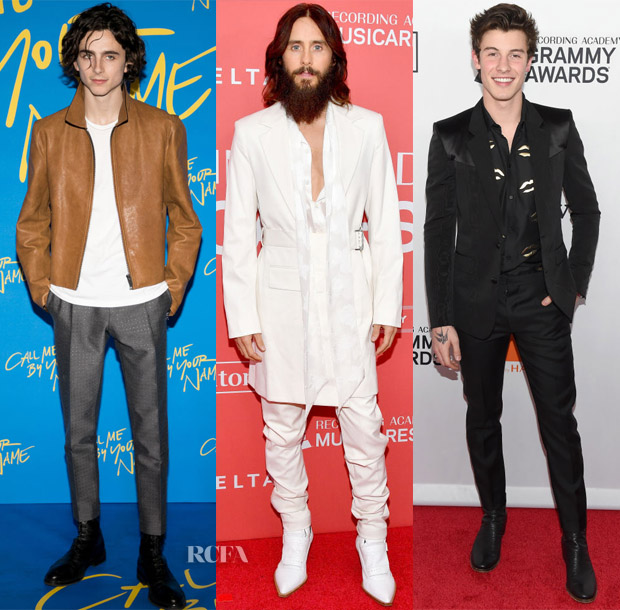 The weekend brought with it a number of menswear looks, from Paris to New York City, with many guys attending pre-Grammy events.

Timothée Chalamet: The actor was at the Paris premiere of ‘Call Me By Your Name’ on Friday (January 26), where he switched up the suit-and-tie look of late with this Berluti ensemble. I like how he effortlessly married the sleek leather blazer and cropped trousers with a white T-shirt for a casual flair.

Jared Leto: Before taking to the stage to perform at the MusiCares Person of the Year honouring Fleetwood Mac on Friday (January 26) in New York City, Jared was on the red carpet in this Helmut Lang Seen by Shayne Oliver Spring 2018 look—thus answering all our questions if it was indeed possible for him to wear something other than clashing colours, crazy prints, and floor-dragging pants. This pristine all-white number is his best look in quite some time.

Shawn Mendes: At the GRAMMY Salute to Industry Icons Honoring Jay-Z on Saturday (January 27) in New York City, Shawn wore a sleek Givenchy Spring 2018 black suit that I loved all the more because he kept the gold lip-printed shirting underneath for some tongue-in-cheek pizzazz. 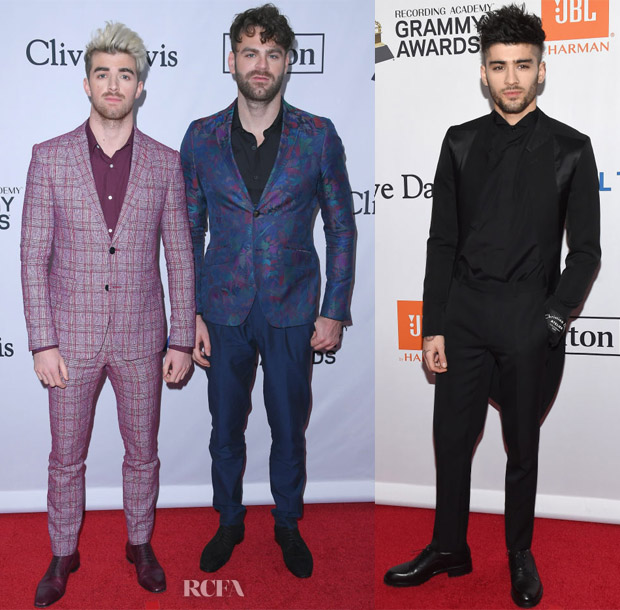 The Chainsmokers: Recording artists Andrew Taggart and Alex Pall of the Chainsmokers were also at the GRAMMY Salute, with two looks from Etro. Andrew’s was the more successful of the two with this plaid suit that was striking for its rich aubergine hues. I wish Alex’s ensemble had fit him better.