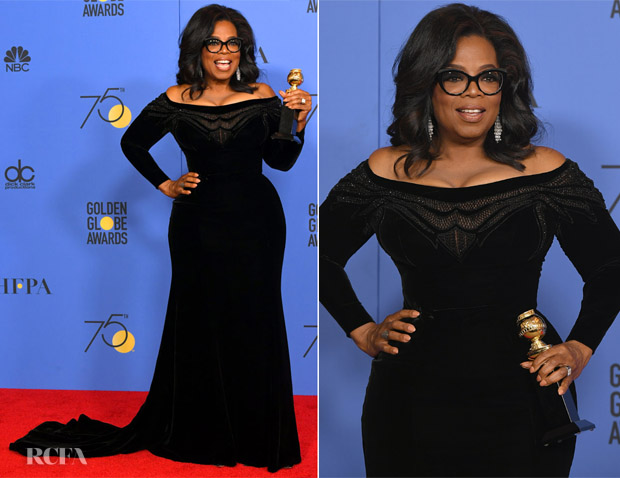 Oprah Winfrey was awarded the Cecil B. DeMille Award at the 2018 Golden Globe Awards on Sunday (January 7), where she brought the Golden Globes audience to their feet with a powerful speech which felt so presidential, that it’s prompted speculation that she’s about a run for the White House.

I don’t know about you but I’m living for her hourglass silhouette, the scrumptious fabrication and elegance of it all.

Oprah has never looked so good.