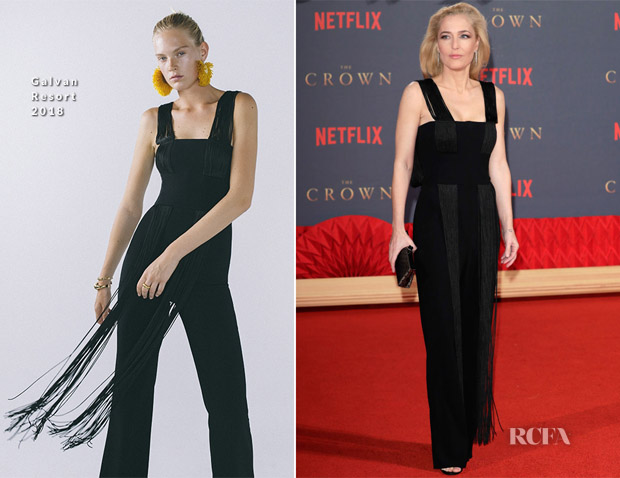 Gillian Anderson attended the season 2 world premiere of Netflix ‘The Crown’ at Odeon Leicester Square on Tuesday (November 21) in London, with her daughter Piper Maru Klotz.

The actress may not be flashy with her style, but she is definitely one to take notice of.

Her Galvan Resort 2018 jumpsuit has an ultra-simple silhouette which to allows the statement black fringes to make all the impact.

‘The Crown’ season 2 will premiere globally on Friday December 8, 2017. 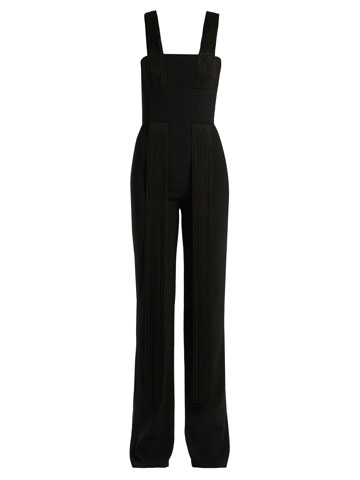 Gillian Anderson in Galvan and her daughter Piper Maru Klotz

Luisaviaroma For Unicef Charity Event Re...