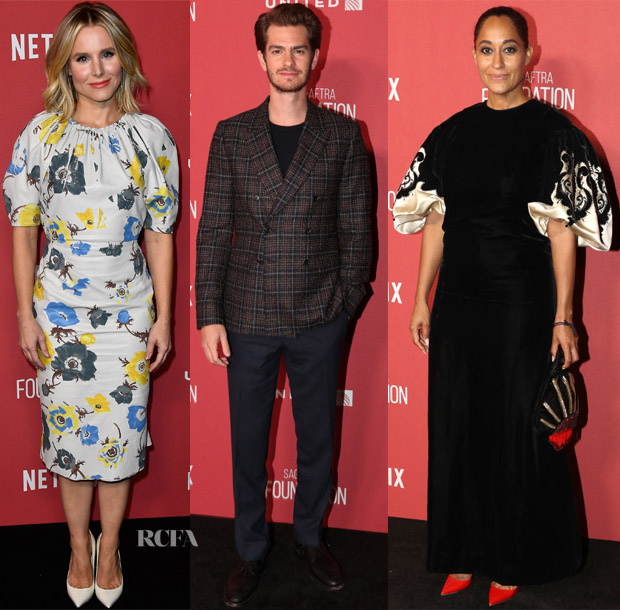 The red carpet was alight with stylish stars at the SAG-AFTRA Foundation Patron of the Artists Awards on Thursday (November 9) in Beverly Hills, California.

Kristen Bell: It may be autumn, but the actress kept the spring spirit alive in a Salvatore Ferragamo Spring 2017 dress. The yellow and blue blooms had an ebullient mood which was enhanced with Jennifer Meyer jewels and white heels.

Andrew Garfield: Cutting a dapper figure, the ‘Breathe’ actor broke away from coordinates, pairing a brown and navy check jacket with slim navy trousers. A dark blue sweater completed the ensemble, presenting a modern alternative to a suit and tie.

Tracee Ellis Ross: The ‘Black-ish’ actress’s love of fashion is apparent in many of her outfits, including this vintage Pierre Balmain dress from Shrimpton Couture. She committed to the glamorous retro theme with red Christian Louboutin pumps and a Les Petits Joueurs bag. 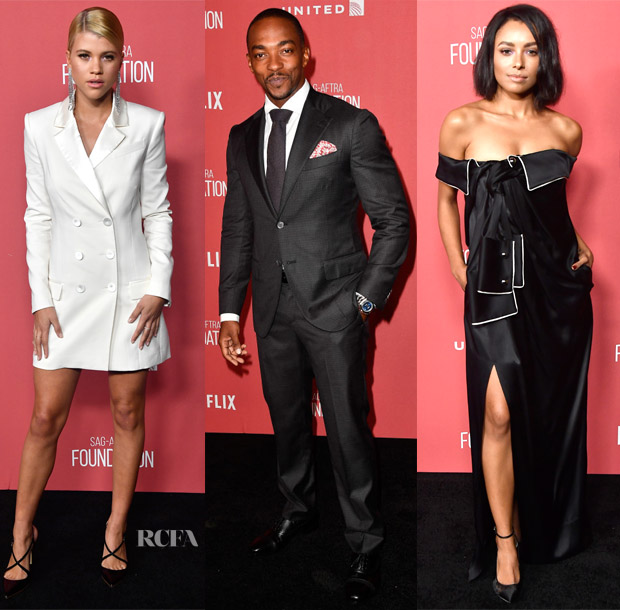 Sofia Richie: The model experimented with sharp tailoring in a white double-breasted dress. Dangling earrings and crisscross pumps added a glamorous touch, but there is something lacking for me that prevented this look from being truly memorable.

Anthony Mackie: The ‘Captain America’ actor looked confident in a grey, two-button jacket and trousers. He made the classic suit his own with the thick tie, contrasting pocket square and silver watch. It’s clear that he felt great in this outfit and the attitude is infectious.

Kat Graham: The former ‘Vampire Diaries’ star isn’t afraid to experiment with fashion. Here, we saw a different side of her in a Monse Spring 2016 dress. I can see the maxi not being everyone’s taste because of the tied pajama sleeve detail, but this softness is something I’d like to see her explore more. 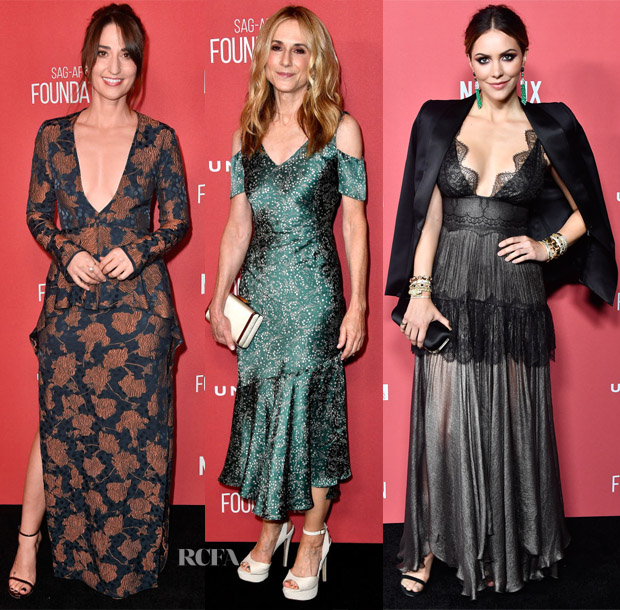 Sara Bareilles: I’m sure there will be people who will oppose the brocade pattern on the singer-songwriter’s dress and state it’s better for furniture. However, I thought it matched the bohemian nature of the gown. The navy and copper colour palette also lent a richness to the outfit while contrasting the plunging neckline.

Holly Hunter: The actress looked decades younger than her 59 years in this Prabal Gurung Pre-Fall 2017 dress. That being said, it was still a sophisticated and well-chosen piece. Less successful were the white platform heels which jarred against the softness of the printed frock. A Hayward Box clutch completed her look.

Katharine McPhee: Channeling decades gone by, the singer and actress was clad in Maria Lucia Hohan. The lingerie-inspired lace details on the maxi dress contrasted the dark blazer draped casually over her shoulders. While not a necessary addition, the green earrings brought a brightness to the subdued colour palette.

Bottega Veneta The Hand of The Artisan Cocktail Evening