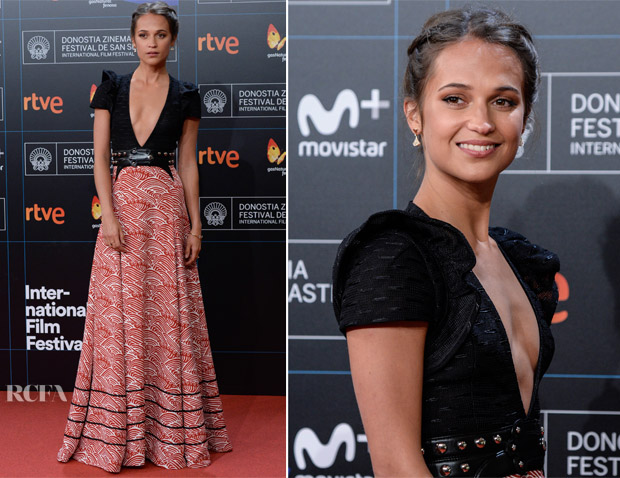 The actress manages to do what Lea Seydoux and Prada/Miu Miu managed to do: prove to be a match made in heaven despite red carpet gowns not being considered their forte.

Louis Vuitton have many beautiful ambassadors, but Alicia appears to be extra special – as her track record has proven – and this Resort 2018 gown knocked me off my feet.

An ode to Louis Vuitton’s idyllic femininity, this dress is flourished with plenty of charm with tiny dose of LV edge for good measure.