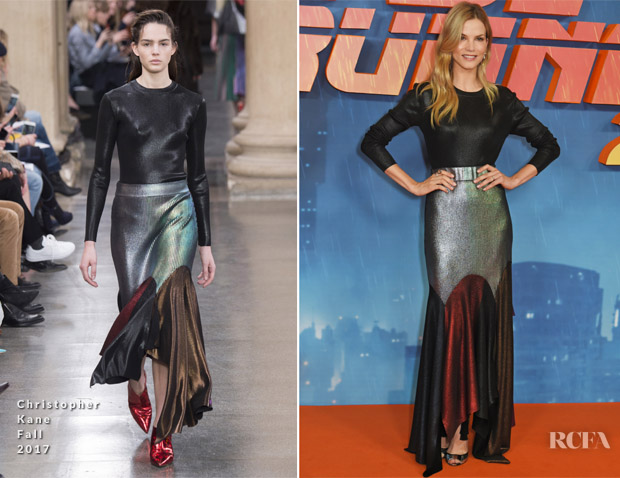 I would say this Christopher Kane Fall 2017 ensemble also was selected in reference to the futuristic film, what with its streamlined, liquid metallic effect and holographic sheen.

Pierre Hardy heels echoed the shine, but in far less capacity than the footwear seen on the runway.

Whereas I could ultimately get on board with Ana’s waves, I do think Syliva’s look would have benefited from a sleek updo to up the ante with slightly more edge.

Gigi Hadid In Fendi – Out In Milan