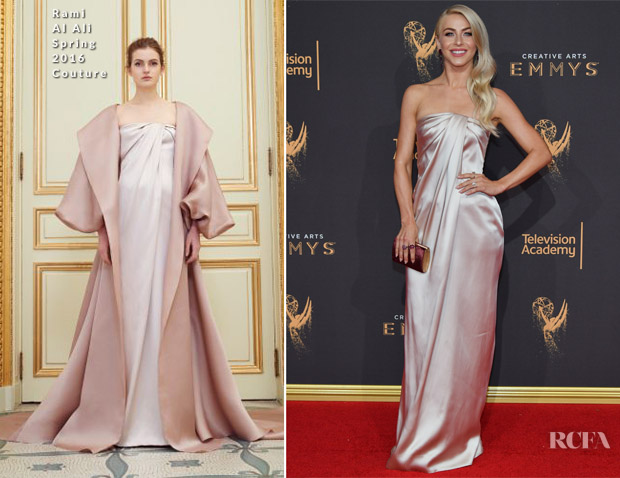 In keeping with the girlie aesthetic we saw at the Harper’s BAZAAR September Issue cover party, Julianne donned a Rami Al Ali Spring 2016 Couture gown in a shimmering silver pink. As it’s only fall, Julianne wisely left off the billowing coat to allow the draping on the fluid gown to be fully visible.

She brought a touch of Old Hollywood to the look with loose waves draped over one shoulder and Aldo shoes, which were hidden under the hem of her gown.

The darker box clutch might initially feel like an afterthought, but it’s tied into the look through the varying shades of pink and red of the cocktail rings and the Dvani ruby drop earrings.